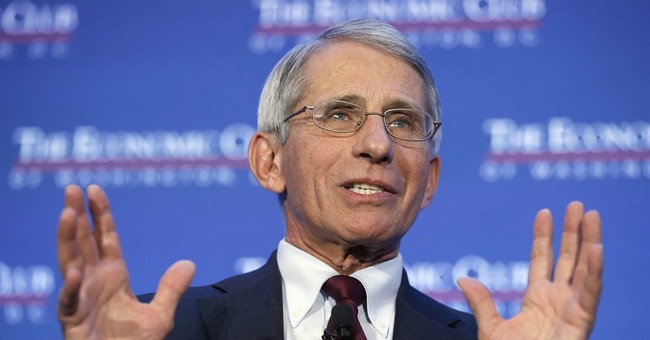 This is Part III in an in-depth series on Fauci’s lies.

In 2011, gain-of-function research was still in its infancy. Its discovery was touted as a game-changer in the world of bacterial, viral, and cancer treatments, as scientists and researchers thought they had found a way to “program” cells and viruses to do specialized tasks, therefore creating the pathway to cures for all sorts of different infections and diseases. In reality, those estimations are right and gain-of-function research, despite the risks associated with it, should have a place in medical science. That place, as I have contended, just shouldn’t be at a Chinese Government Lab.

Even in its infancy, the medical and scientific community voiced public concerns over the risks associated with gain-of-function experiments, and whether or not we should be conducting that research at all. With gain-of-function research being able to manipulate virus genomics, that is the genetic code of the virus, that type of research is labeled as Dual Use Research of Concern. In other words, gain-of-function experiments are dual-use: They can either create treatments and therapies for medical use, or they can create weaponized viral pathogens that countries could use to wipe out a population. It is the latter that caused scientists to begin raising concerns.

In response to those public concerns, Fauci and Collins wrote an op-ed in the Washington Post in December 2011, nearly a decade ago. In that op-ed, certain language was used to defend the risky research which you might find familiar. While it was the research on influenza viruses that primarily raised the concerns, the op-ed offered the same defense for research being conducted on SARS viruses. Read some of these excerpts from that op-ed:

“Should this virus mutate in a way that allows it to be transmitted as efficiently among people as seasonal influenza viruses are, it could take an unprecedented toll on human life.”

“Identifying threatening viruses can also facilitate the early stages of manufacturing vaccines that protect against such a virus in advance of an outbreak.”

(As an aside: If those justifications and language sound familiar to you, that’s because they are. They are the exact things stated in the EcoHealth Alliance Grant description as stated in my last piece. Strange, isn’t it, that justifications for gain-of-function research were used in a research proposal for experiments that, according to Fauci, aren’t gain-of-function? As we already know, that research matched other gain-of-function research experiments and admittedly created a chimeric virus that turned out to be an Enhanced Potential Pandemic Pathogen.)

Yet, despite the concerns raised by scientists, the research continued, largely because it was being conducted on ferrets, limiting the risk of spreading to a human host. The research drawing the most concern was that of Yoshihiro Kawaoka of the University of Wisconsin, and Ron Fouchier of Erasmus University in the Netherlands. In 2012, papers published by the pair again raised red flags for the scientific community, as the research conducted did not account for whether or not the viruses created for ferrets, could also infect humans. To put into perspective the serious nature of what was occurring with Fouchier’s research, the Dutch government banned the export of his research and labeled it as the “exporting of weapons technology.”

As a result of the Kawaoka/Fouchier experiments, Fauci was called before the Senate Committee on Homeland Security and Governmental Affairs to explain the NIH’s policy on this “Dual Use Research of Concern.” Fauci’s testimony at that hearing was exactly what you expect it would be: nebulous froth that offered little depth and instead stated that the benefits so far outweighed the risks that the NIH determined it was necessary to continue.

Because of NIAID’s lead Federal role in supporting and conducting biodefense and emerging infectious diseases research, it can be expected that NIAID has funded and will fund some measure of DURC within its research portfolio. If a particular research experiment is identified as DURC, that designation does not necessarily mean that such research should be prohibited or avoided or not widely published. To the contrary, we must balance carefully the benefit of the science to public health, the biosafety and biosecurity conditions under which the research is conducted, and the potential risk that the knowledge gained from such research may fall into the hands of individuals with ill intent.

These are among the questions investigated by Drs. Kawaoka and Fouchier and their colleagues in the highly publicized studies that we are discussing today. Elucidation of the mechanisms by which genetic mutations and other changes occur and may lead to an influenza pandemic could have important implications for influenza outbreak prediction, prevention, diagnosis, and treatment. For example, it would be important to determine if a virus that has enhanced transmissibility in animal
models would remain sensitive to existing anti-influenza drugs and be inhibited by the immune responses elicited by existing vaccines. In addition, knowledge of a particular genetic mutation or set of mutations that facilitates influenza transmission in humans may be crucial for use in global surveillance of emerging pandemic influenza viruses.

(There again, is the NIH stating that the genetic manipulation of viruses and gain-of-function experiments were a necessary part of viral pathogen prediction and projection.)

During this same time, gain-of-function research had already begun on SARS-type viruses, primarily being conducted by Dr. Ralph Baric of the University of North Carolina. Baric was largely working in conjunction with samples provided by the Wuhan Institute of Virology, and one of the lead researchers at that lab, Dr. Shi Zhengli. Baric’s and Shi’s research was analyzing the outbreak potential of SARS-type bat coronaviruses collected from caves in the Yunnan Province in China.

Then, in 2013 and 2014, SARS gain-of-function research studies began using human epithelial cells, that is, cells found in the human airway, which are the cells primarily infected by those viruses when creating infection in the body. The chimeric and genetically altered viruses were found to infect those cells. This time didn’t just raise red flags. This set off air-raid sirens for the scientific community. They now demanded action from the US Government, one of the primary funders and supporters of this research.

The Obama Administration responded by issuing an immediate pause on all funding and research that involved gain-of-function experiments on influenza, SARS, and MERS viruses, until such time as the government could develop and enforce new guidelines by which that research could be conducted. The HHS sent letters to all of the recipients of grant funding involving gain-of-function, announcing the pause and ordering the end to all experiments, pending the publishing of guidelines.

On October 16th, 2014, the NIH published a statement from Director Francis Collins regarding the pause, stating that they would comply with the request and pause in that type of research.

NIH has funded such studies because they help define the fundamental nature of human-pathogen interactions, enable the assessment of the pandemic potential of emerging infectious agents, and inform public health and preparedness efforts. These studies, however, also entail biosafety and biosecurity risks, which need to be understood better. NIH will be adhering to this funding pause until the robust and broad deliberative process described by the White House — including consultation with the National Science Advisory Board for Biosecurity (NSABB) and input from the National Research Council of the National Academies — is completed.

During this pause, NIH will not provide new funding for any projects involving these experiments and encourages those currently conducting this type of work — whether federally funded or not — to voluntarily pause their research while the government determines how to proceed.

The pending risk of accidentally creating a pandemic virus seemed to have been avoided, for the time being, with the NIH’s pause of gain-of-function funding and experiments.

Except for one problem: They didn’t stop funding and conducting them.

As part of my in-depth coverage here at RedState on the Wuhan Lab Leak potential, I have identified no fewer than three studies, which the NIH and NIAID (headed by Fauci) funded, which were labeled or could be identified as gain-of-function experiments. Two of those experiments, led and conducted by Dr. Ralph Baric, specifically address that the research is banned but was ordered to continue by the NIH and NIAID. Below are two of the disclosures from the Baric studies, one from 2015, and one from 2016.

As we have previously discussed regarding the EcoHealth Alliance grant, it cannot be characterized as anything other than gain-of-function due to the reasons proved in those previous articles and this one today. Those pieces showed that:

Yet, during the pause years of 2015, 2016, and 2017, EcoHealth Alliance received three disbursements on the subject study, totaling more than 1.8 million dollars. While some may opine that the research may have not been conducted those years, those disbursements are a similar amount to years before the pause and after the resumption of research under the new research framework.

What does this all mean? Well, while Fauci, Collins, and their respective agencies have been adamant about the fact that no gain-of-function research was authorized outside of the “framework” instituted by the Department of Health and Human Services, we know, as proved above by the images from NIH published studies, that they absolutely did authorize that banned type of research. Additionally, despite their fruitless and false claims otherwise, the EcoHealth Alliance grant was for gain-of-function experiments, and documents and records show funding for that grant continued for three years during the ordered research pause.

Certainly, Fauci would deny the facts contained in this article, as well as everything else written to date. The point is that once enough of his lies start to pile up, his credibility will sink even further. He can’t expect to ride atop the praise of government sycophants in perpetuity. And when the time comes to hold him accountable, the record will again show that we knew all along.