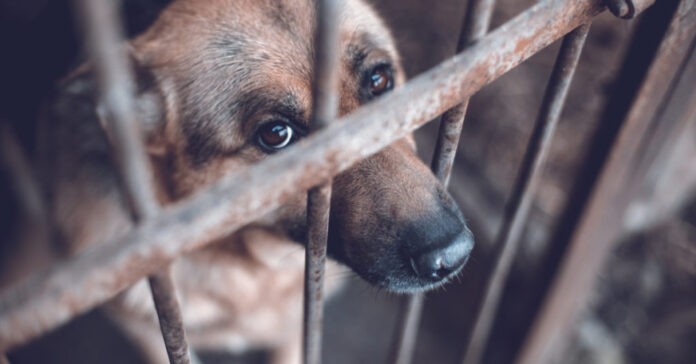 Florida Governor Ron DeSantis (R) isn’t buying the “media darling” publicity that Dr. Anthony Fauci, director of the National Institute of Allergy and Infectious Diseases and the Chief Medical Advisor to the President, is getting from the press. In some remarks made on Monday, the GOP governor lashed out at the “good doctor” over alleged experiments that were conducted on puppies.

According to a report from the White Coat Waste Project, more than $400,000 in taxpayer money was spent on canine experiments that had beagles being infected with parasites via biting flies. This information came based on a Freedom of Information Act request with the National Institutes of Allergy & Infectious Disease.

According to documents sought out by a government watchdog group, the National Institute of Allergy and Infectious Diseases, which is led by Fauci, funded research in 2018 allowing scientists to force-feed experimental drugs into 44 beagle puppies before killing and dissecting them.

The dogs were between six and eight months old. They were also “de-vocalized,” according to the report. This is a procedure that involves the slitting of a dog’s vocal cords as a means to stop barking.

Governor DeSantis brought attention to these tests at the same time that he was talking about the latest information being revealed on the gain of function research that was being conducted in the Wuhan Institute of Virology. Gain-of-function research, by the way, has to do with genetically altering an organism in order to improve biological functions.

DeSantis noted, “And then come to find out, what else is Fauci and NIH doing? They’re doing cruel experiments on puppies. What they were doing with those puppies, is flat-out disgusting. It’s despicable, that needs to stop. I cannot believe American tax dollars would go to treat those dogs the way those dogs are be[ing] treated. And, you know, I really think Fauci needs to be held accountable.”

The governor continued to rail at what the Washington bureaucrats were doing. He said they don’t get to just run wild and do “whatever the hell they want to with our tax dollars.”

He explained that they were funding gain of function research along with treating puppies with unimaginable cruelty. His conclusion was that they should be “cleaned out” and the politicians should once again stand up for the American Taxpayer. He clearly called for doing things ethically and not doing things like gain of function research and certainly not abusing puppies.

In a video clip that the governor tweeted out, he added, “NIH not only funded dangerous gain-of-function research in Wuhan, but it also funded cruel experiments on puppies. Where is the accountability?”

In his speech, Gov. DeSantis spelled out that the NIH gave money to fund gain of function research at the Wuhan Institute of Virology. They actually took U.S. tax dollars and gave them to China. He said they were “trying to create super viruses that will be more dangerous for humans.”

The remarks that Governor DeSantis made put him among the latest lawmakers to criticize the research. In a letter to the National Institutes of Health, a bipartisan group of lawmakers criticized the tax-funded research as “cruel” and “unnecessary.” Several members of Florida’s congressional delegation signed onto the letter including Carlos Gimenez, Brian Mast, Scott Franklin, and Daniel Webster.

“This is a reprehensible misuse of taxpayer funds,” the lawmakers wrote.

Dr. Fauci dismisses aspects of the research, but the revelations give fuel to the ongoing “lab leak” origination theory of COVID-19. They also revive calls among Republican leaders for the termination of Fauci. He has served as the NIAID Director since 1984.

Gov. DeSantis is not wavering in his strong sentiment against the “good doctor.”