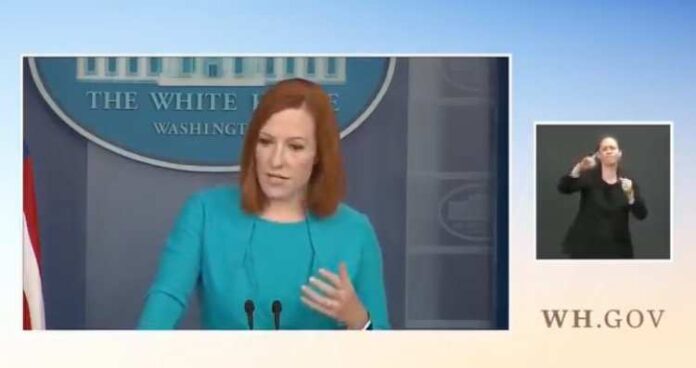 The deep state Democrats’ lies are being exposed on a regular basis these days and we are all about it. Seasoned readers probably remember when the Gateway Pundit let the world know that the “Russian bounties” stories were total fakes. The mainstream media was not so quick to share that.

“The fake New York Times continues its efforts at disinformation and trying to overthrow the elected government of the USA: Last week Soros-backed reporter“ Eric Schmitt tried to spark hostility with Russia over alleged “Bounties“ for US soldiers in Afghanistan,” they reported at the time. Biden seized on this fake news and used it to attack President Trump while both men were on the campaign trail.

Biden was making some very bold suggestions. In his mind, Trump and Putin are in cahoots. He thinks that he is being very cagey by trying to poke at Trump over this. In reality, he is the one who has all of the shadowy connections and even his son is heavily involved. He doesn’t like it when people bring that up, though.

Putin was not going to be confronted about these bounties because Trump operates in deference to him. That’s the story that Biden wanted to tell and he sure did stick to it. He took it one step further and even suggested that Putin had some form of dirt on Trump.

Now, the real truth is coming to light. Steve Guest has more: “Joe Biden is lying to voters about the bogus Russia bounty story. Here’s the truth via NBC: “a review of the intelligence around each attack against Americans going back several years, none have been tied to any Russian incentive payments.”

Joe Biden is lying to voters about the bogus Russia bounty story.

Here’s the truth via NBC: “a review of the intelligence around each attack against Americans going back several years, none have been tied to any Russian incentive payments.” pic.twitter.com/NrvIbgTdvu

Meanwhile, Jen Psaki was asked about this matter as well. She confirmed that Joe Biden contacted Putin directly and spoke to him about the supposed bounties that were being placed on our nation’s soldiers. This whole conversation was based entirely on lies. Putin knows how to play Biden like a fiddle and this is one of the worst aspects of his presidency.

We knew that other foreign leaders were at least taking Trump seriously. With Biden at the helm, they know that they do not have to consider anything that he has to say. We are sure that the phone call was a brief one. Putin probably took the accusations in, laughed to himself and told Biden whatever he had to say in order to get him off the line.

White House Press Secretary Jen Psaki ought to be ashamed of herself for the way that she lied when she was confronted about this. She should have been willing to admit that the bounties story was lie but she could not bring herself to do it. Instead, she decided that she needed to dodge the question in the most cowardly manner possible.

.@PressSec is asked if Biden regrets attacking Trump on the campaign trail about the fake Russian bounties story:

“I’m not going to speak to the previous administration” pic.twitter.com/d2XdAM2gQq

All they did for the first few weeks in office was shovel dirt on the previous administration! Now, out of nowhere, they have decided that they are not going to be doing that. Psaki needs to go sell this pile of manure to someone who is willing to accept it because we are not going to buy into a word of what she has to say.

We hope that the other Democrats start to grow weary of it eventually as well. How long can anyone continue to endure this sort of blatant lying? This is a rhetorical question of course but we are finally reaching our breaking point. Real answers need to be provided and they need to be provided.