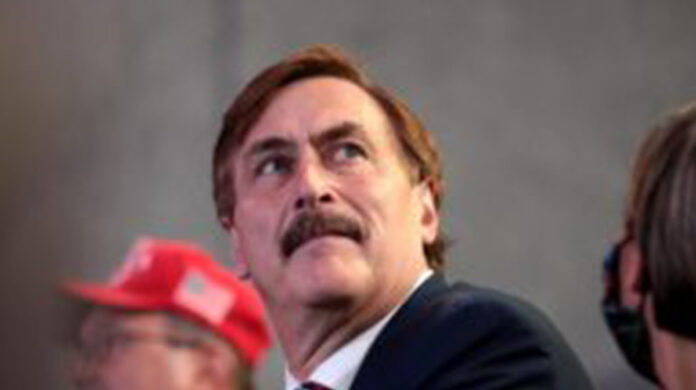 Big box store Costco has bowed the knee to the politically correct mob and is cutting its ties with My Pillow, the company run by CEO and founder Mike Lindell, following Lindell’s work to prove that the 2020 presidential election was a fraud.

According to a report by The New York Post, Costco is only the most recent chain store to drop the toxically conservative business owner and politically active outspoken Christian author and innovator.

For his part, Lindell blamed “cancel culture” for the company’s decision to drop him from their roster of companies offered to their customers.

“Costco basically did a slow cancellation, slower than the other stores,” Lindell said in a phone interview, seeming to indicate that he’s not altogether surprised that they did finally drop him.

Costco is among more than 20 stores that have severed their affiliation with My Pillow following his accusations against election officials and others involved in ensuring the efficacy of the last presidential election.

According to the Post, Costco’s move will cost My Pillow between $4 million and $10 million in annual sales, according to Lindell. The change will also affect the jobs of around 40 salespeople who made their living traveling to Costco stores to hawk the company’s products, and while Lindell said he has offered those staffers other jobs at My Pillow “we did have to lay some off.”

“Costco did not give a specific reason when it told Lindell that it would discontinue his merchandise after selling through the inventory it had left, he told The Post Tuesday,” the publication reported. “The Minnesota-based bedding maker’s products have also disappeared from Costco’s website.”

While Costco declined to comment Tuesday the Post reported that the Washington state-based company previously told Newsweek that it was planning to continue its sales of Lindell’s products because of “contractual commitments to MyPillow that we intend to honor, as we seek to do with all of our suppliers.”

The company is the second-largest retailer behind Kroger that removed My Pillow from its shelves, according to Insider. Sam’s Club, Kohl’s, and JCPenney have also reportedly stopped selling the pillows.

“These [companies], they’re scared, like a Bed Bath & Beyond, they’re scared. They were good partners. In fact, I told them, ‘You guys come back anytime you want.’”

While in their written statement a Bed Bath & Beyond spokesperson seemed to indicate that MyPillow sales have been weak, the drop happened when it was heavily covered in the news that Lindell was at the Trump administration White House dealing with documentation that the 2020 presidential election could have been tampered with.

“As previously announced, we have been rationalizing our assortment to discontinue a number of underperforming items and brands,” the spokesperson said. “This includes the MyPillow product line. Our decisions are data-driven, customer-inspired and are delivering substantial growth in our key destination categories.”

Lindell is an outspoken Republican, Christian, and recovering addict whose rags to riches story is the kind of American dream that has illegal aliens flooding over the border. His appreciation for the president and work to preserve the voting rights of Americans, however, has negated all that liberals see as good about the inspiring figure. His cancelation is ongoing.