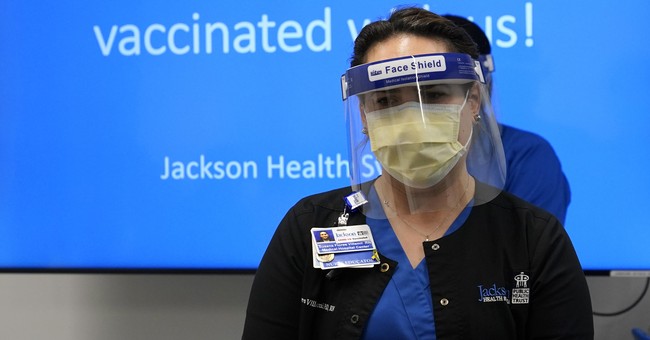 For the past year, the world has lived in fear of the COVID-19 strain was released by the Chinese government. The virus scared people to the point that governments all over the world shut down their borders and ordered everyone to stay in their homes until further notice. People were told that they must mask up and social distance in an effort to stem the tide of the pandemic. But it would not take long for science to catch up to the scare and show just how wrong the liberals would be.

The coronavirus did kill people around the world. But there is a lot of speculation as to just how many lives were extinguished. Some people point out that the flu all but disappeared from the world in 2020, so they wonder how many of those cases were mistaken as COVID-19.

As the rest of the world got back to normal, the liberals in America and other places wanted to push the viral narrative as far as they could. They started developing stories of COVID strains that were far more deadly than the parent virus. The fear that they created was just enough for them to be able to keep diapers on faces and kids out of school.

The latest variant the so-called experts are talking about is the one that is coming out of the United Kingdom. These self-proclaimed experts told the world that this variant was the doomsday maker, and the world was going to die.

The doctors pushed for people to listen to the ones in the white coats because they know they are talking about it. Or that is what Anthony Fauci seems to think. Any idiot can put on a white coat and still be as stupid as he was the day before. Fauci just has found a way to wear a white coat and at least sound stupid while wearing it.

The liberals ran with this narrative, giving them the power to keep people locked up and masked up like Muslims. At least in liberal-controlled regions. Place such as Florida and Texas looked at the science and saw that all the COVID variants were not as bad as the white coats were saying, and they opened their states wide open for life to get back to normal. And it became apparent real fast that the white coasts were lying again.

The Democrats in America cried that the virus was going to sweep the world again because Texas opened up. But as the weeks went by, the numbers just continued to fall. There is no more mask mandate, and there are now no more spikes.

The vaccine is working, and the population is becoming immune to the COVID virus. But like all good Democrats, they need power, so they are going to change things and try and find new ways to scare people.

Even the liberal-controlled news reported that COVID numbers are on the fall in blue states everywhere. And kids are not getting as sick as they thought they would.

And if that were not enough to drive the liberals mad, NBC came out stated regarding the new variant that “People infected with the more contagious coronavirus variant first identified in the United Kingdom did not experience more severe symptoms and were not at higher risk of death, according to a new study published Monday.”

This new scientifically based study found that the viral variant is no more aggressive or deadly than that from which it mutated from. It is not the killer that the liberals were hoping would be. They happened to stumble across another version of the common cold that spikes every winter and early spring.

The Democrats with Joe Biden and his panic pushers need a few more fake stories so they can justify forcing people to carry medical passports with them that state they are inoculated with the vaccine. They needed time to create some kind of fake story that would allow them to change up their game plan for control. But the virus lost its fizz too quickly, and now the liberals are sitting around wondering what they can do to make people believe their lies again. Science no longer supports Biden’s fake story.