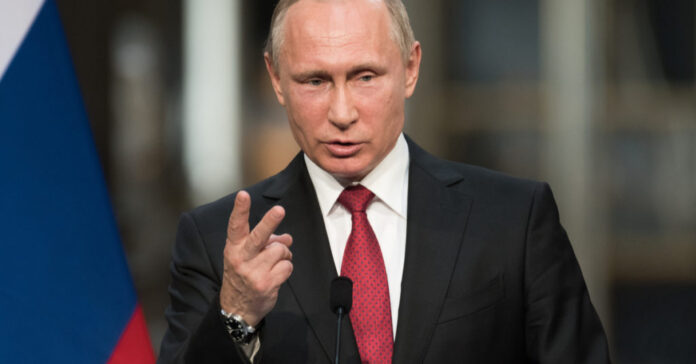 Things are bad in the area of progressives shaking the very foundations of what we know to be right and wrong. Gender confusion, gender dysphoria, gender forced re-education… All items are high on the far-leftist to-do list, and all are very disorienting to adults much less children who are in their impressionable years.

Conservatives know things are going badly. They know that things can’t go much longer, but that issue was driven home in a real way when it became known that Vladimir Putin, the head of the totalitarian government, in none other than Mother Russia, was calling out the gender role confusion in the United States.

News broke last week and was reported by Breitbart News that Putin was rebuking transgender ideology calling it a “crime against humanity” in the sense that it claims children can change their genders, which, even to a dirty rotten communist, is patently stupid, and that politician isn’t afraid to say it.

According to the Washington Post, during an appearance at the annual meeting of the Valdai Discussion Club in the Black Sea resort of Sochi, the Russian dictator said that children being “taught that a boy can become a girl and vice versa” is a monstrous act that verges on being “a crime against humanity.”

Putin also reportedly “suggested that transgender rights supporters were demanding an end to ‘basic things such as mother, father, family or gender differences” and touted the “spiritual values and historical traditions” all whilst cautioning against “sociocultural disturbances” that he attributed to Western liberals, whom he said believe in “the aggressive deletion of whole pages of their own history, reverse discrimination against the majority in the interests of minorities … constitute movement toward public renewal. It’s their right, but we are asking them to steer clear of our home. We have a different viewpoint,” Putin said.

This isn’t the first time that Putin has put his foot down for “traditional” values in the nation that he leads with an iron fist. According to Breitbart News, Putin signed into law anti-gay propaganda legislation that was meant to keep LGBTQ content from being aimed at the children of his nation.

Various groups called the nation to task over it, including Amnesty International who said that the law was so ill-defined that they would likely use it to punish people for “expressing themselves” in the public arena, etc., etc. In other words, don’t be a prude, let the good times roll.

It’s probably not difficult to imagine that the WaPo was looking to villainize the ideology when they pointed out that Putin was a proponent of it. In other words, you don’t want to agree with the head of the nation of Russia, do you? Especially now that we know what liberals will do to smear someone with a Russian connection.

While it’s a valid question, the more astute viewer might ask if it weren’t better to question what we should think of ourselves, as a nation, if even Putin can see the lunacy of the constantly progressing gender confusion. There are a lot of people with a lot of ideas as to what should be taught in schools, but the most basic rules of culture, hygiene, and common decency all center around who you are, as a person, to your core, and that is based on gender.

But those are just the symptoms. The real problem is that if gender can be disproven if people are put into the wrong bodies, or the nature of gender is fluid, and not DNA-based, then the sovereignty of God can be overthrown. And at the end of the day, there is no movement more progressive, or more misguided than that one. Even Vladimir Putin knows that.