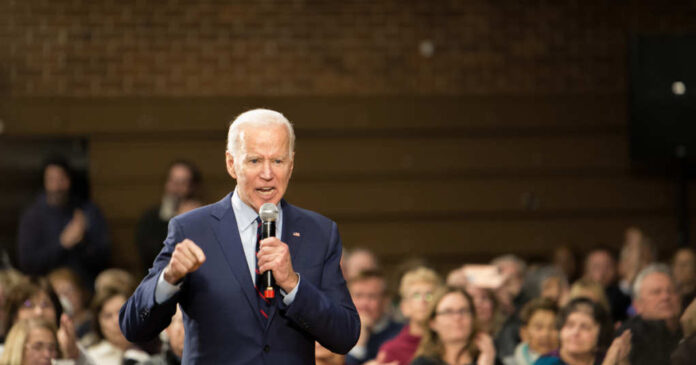 Biden’s done pretty well at making himself scarce, well, since long before the time of his presidency. While some might blame COVID-19 and its subsequent pandemic, along with his age, the truth of the matter is that he is pretty much the least seen and heard from an American president of all time.

And that doesn’t look to be changing anytime soon.

As multiple sources have reported, including the Republican National Committee, Biden is participating in a rare town hall event for CNN on Thursday.

But as it so happens, Thursday night will also hold one of the most unusual and rare events in sporting history. They call it a “sports equinox,” and just as it sounds, it’s when multiple sporting events from several different sports leagues take place all at once.

In this case, all four major professional sports leagues in America will be in full swing and playing on national television, as well as the usual college events nationwide.

If you’re a baseball fan, you know full that it’s championship time – Game 5 to be exact. On Thursday, the Los Angeles Dodgers will host the Atlanta Braves in the National League Championship series. If the Braves win, they could very well be headed to the World Series.

The regular season is going forward with all the fortitude of a 320 lbs. linebacker in the NFL. Thursday, the Denver Broncos take on the Cleveland Browns.

For those with a little more northern flair, the 2021 regular season of hockey just began. And that means that no less than 10 NHL games will take place on Thursday.

The NBA is also just beginning its regular season and so will host three games on the same evening.

Of course, we can’t forget about college football, in which the now-famous “F*** Joe Biden” chant and its tamer “Let’s Go Brandon” version got their start. Thursday night will see Tulane against Southern Methodist University at 7:30 pm.

Suffice it to say, Thursday will be a busy night for sports fans everywhere. You can bet your ass mine will be watching NFL.

And yet, that is the night the Biden Administration chose to get in on a rare public appearance and message from our president.

Coincidence? Maybe. I mean, I’m sure someone as busy as the president isn’t really concerned about trivial sporting events when he has issues like the ongoing border crisis, the supply chain crisis, and the climate change crisis going on simultaneously. Notice, there’s a lot of crises to be handled…

Maybe he, nor anyone on his staff, noticed that most of the nation will likely be otherwise engaged that evening.

Then again, I suppose he could think that just as some 81 million people allegedly came out and voted for him in November of last year, that all of those same people will drop everything they had planned to watch or do for him.

Or could it be that he, or more likely his staff, are just trying to make sure any public appearance has the least number of viewers, and therefore, the least number of critics, as possible? I mean, have you seen some of his recent interviews or even one-liners? He usually can’t even get out a simple introduction without severely botching someone’s name and stumbling all over himself.

No wonder Biden has only been reported to have conducted a total of merely ten interviews thus far. By this time in Trump’s administration, there were some 47 interviews successfully done. And Biden’s last interview was a whopping 64 days ago.

It’s also been noted that it’s been no less than 99 days since Biden’s last formal news conference. And it took forever to get him to do his first one.

I guess at least by planning the upcoming facetime with the country this way, should someone ask him a difficult question, there won’t be much said about his incoherent answer the next day. Then again, the town hall is being hosted by CNN, so I highly doubt there will be many if any, difficult questions asked.

What do you think? Coincidence or not?