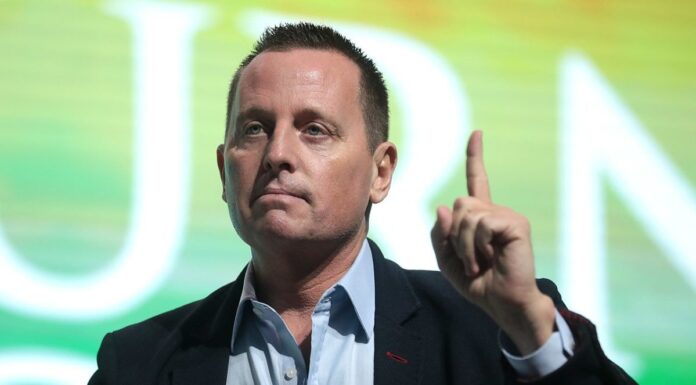 In the world of politics, turning a state or even a district from one color to another using involves an election or two. However, according to Richard Grenell of California, that’s not exactly what he has planned to turn his home state from blue to red in the coming years.

Instead, Grenell, who was the former acting director of national intelligence under President Donald Trump, as well as his former ambassador to Germany, simply plans to “Fix California.”

To do so, he has started a group with that exact name whose sole purpose will be to bring “permanent” change to a state that has suffered far too much under recent Democratic rule.

He said in a recent statement introducing his new organization to the public, “What I’m consistently hearing from activists and donors is that after a year of our economy being shut down for political reasons and Zoom school, that people in California want permanent change. We’re going to go after the frustrated ‘decline to state’ voters. People who recognize that the pendulum has swung too far left and needs to come back.”

To do that, Grenell will focus on three main areas: voter registration, expanding school choice, and forcing counties to clean up their voter rolls.

But he has said that education and getting kids back to in-person learning is his top priority.

“We see so many parents who have watched in horror as their kids have been forced into Zoom school the last year. Gavin Newsom has lied about dealing with the impact of Zoom school. He hasn’t dealt with it because his kids have been in in-person learning since last year. He also said we are not going to back to normal. We can’t go back to normal because normal isn’t good… He said the quiet part out loud.”

Now, there are plenty who have suggested that if Grenell wants to “Fix California,” he should just run for governor. After all, the current Democratic holder of that seat already seems to be on his way out, as a recall for his position is being demanded on many fronts.

However, Grenell says that even winning such an election likely wouldn’t change much.

If Grenell or any other republican were to run against Gavin Newsom in a recall election, it would less than a full year before another election, and a more official one would be held for the same seat. That’s less than a year to get much of anything accomplished.

He told Fox News, “I’m telling our donors when I meet with them that this is not a sexy, quick fix like one hyped-up statewide race. This is a four-year campaign to fix California and do the long-term reforms that we know we need.”

Then again, that’s not to say a race for the governor’s seat of California isn’t in Grenell’s future, even if it isn’t his primary goal at this point.

As it stands, he’s already made comments that aren’t exactly subtle about a possible future run, whenever that might be.

During his speech at the Conservative Political Action Conference in February, he reportedly said, “In my three decades in American politics, I have never seen a better case for a recall than there is right now in California. And of course, if a public official is still failing to deliver on their promises and you can’t limit their term, or recall them in time, there’s always another option: You can run against them yourself.”

And then there’s this:

If I were governor I would immediately and temporarily suspend collective bargaining agreements that stood in the way of opening our schools. The mental and economic health of our State must also be considered. https://t.co/JoSsOiAEEB

Should Grenell run, there is a good chance he could win, or at least get the GOP nomination for such. Thanks to his former positions under the Trump administration, he, by far, has the most name cred of any possible Republican candidates such as businessman John Cox and San Diego Mayor Kevin Faulconer.

Then again, his near-celebrity status was given to him due to his relationship with Trump. And California isn’t known to be all that favorable to Trump, where just 34.3 percent voted for him in 2020.

But as Grenell says, he may not need to run against Newsom to “fix” the state. If he can positively impact education and voter registration for the state without the governor’s chair, it will go a long way in turning more of the state red, or at the very least, purple.