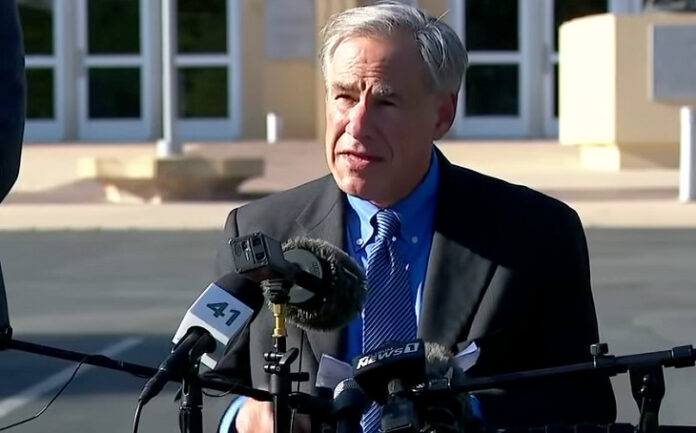 It’s bad enough that the Biden administration has also created a humanitarian crisis by detaining thousands of migrants in cramped quarters.

Now, add sexual misconduct to the list of issues happening at the southern border.

Governor Greg Abbott of Texas has ordered an investigation into the sexual assault and abuse of children at the migrant facilities.

During a press conference, Abbott shared that he’d received information about children being sexually abused at the Freeman Coliseum in San Antonio. This was a federal migrant facility “created” to house over 1300 illegal alien children.

Four different types of child abuse have been reported – and Abbott is demanding that the Biden administration close down the facility. Reports have come into the Department of Health and Human Services along with the Texas Department of Family and Protective Services.

The Biden administration has not wanted to deal with any of the crises happening. It’s been a game of ‘pass the buck’ with Biden handing the problem off to Harris.

The problem is that Kamala Harris has no intention of doing anything about the immigration crisis.

Neither Harris nor Biden have planned trips to see the border crisis for themselves.

Children are testing positive for COVID – and not being separated from the healthy kids.

And, there aren’t enough federal employees being hired to care for all of the kids.

Abbott has referred to the situation as a “health and safety nightmare” and has blamed it all on Biden.

Biden opened the borders & failed to plan for the influx of unaccompanied minors.

Now he must respond to allegations of child abuse & neglect on his watch.

The administration must close the facility & protect these children. pic.twitter.com/s1chzDQYlx

Biden is at fault for all of it. There had been no crisis until he decided to undo executive orders. There had been a wall being built to keep migrants from entering illegally, too, but Biden put a stop to that.

And, because Biden’s administration has been trying to avoid identifying it all as a crisis, it has only gotten worse. It seems as though Texas politicians are the only ones to red flag it all – and that’s because they’re seeing it all firsthand.

Ted Cruz has personally visited the border and the detention facilities – showing how many are at 600% capacity and beyond.

The question now is, what is Biden going to do about it?

DPS and Texas Rangers have been tasked to conduct the investigation, per Abbott’s orders. Since Biden opened the borders and didn’t anticipate the influx of unaccompanied minors, it is now up to Texas to clean up the mess.

While Abbott is willing to investigate and address the countless complaints, he expects that the administration respond.

The federal government cannot create a mess and watch as child abuse and neglect happen all because of their desire to undo something that former President Trump had done.

President Biden probably doesn’t even know what day it is let alone what’s happening at the border. Meanwhile, VP Harris is more concerned about traveling around the country to encourage everyone to get vaccinated.

What good is it to be vaccinated when there are tens of thousands of migrants entering our country’s borders every day? They’re not being tested let alone vaccinated – and we’ll likely see a major spike in COVID numbers as a result.

It’s a waiting game to see how the Biden administration will respond. If they don’t act soon, countless more unaccompanied migrant children may get abused – either sexually or through malnutrition.

This is when we’ll see if liberals really do care about the migrants or not. Do they care about the overall health and safety of each and every one of them or is it just a numbers game?

Meanwhile, if Jen Psaki holds another press conference and says that there is no “crisis” at the border, everyone in Texas who has seen the living conditions of the thousands of migrants may actually revolt against her.