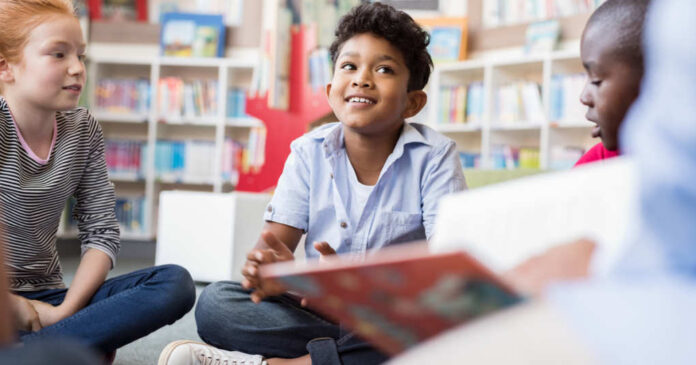 Since the death of George Floyd, the push for more ‘equality’ in schools has been at the forefront. Even though his death had nothing to do with schooling it suddenly has become the biggest area for the Democrats to target their disgust for Americans achieving success through hard work and knowledge. Instead of attempting to enrich diversity by helping people to do better, they seek to destroy those who have been achieving anyways.

While the removal of these programs will cost the schools no money and improve the metrics on the surface, it serves to provide no improvement in the actual success of these students or the district. The president of Thomas Jefferson High School Parent Teacher Student Association (PTSA) Harry Jackson spoke with the Daily Caller News Foundation. “Gifted programs and advanced courses provide a mechanism for low-income households to achieve a stellar education for their children and serve as a ‘great equalizer’ to those families that opt for private education… By eliminating gifted programs and advanced courses in the name of equity, they will create greater inequities.”

These inequalities just push people further away from success. Other countries are pushing their students to be successful by pushing those who are already successful academically to achieve more with advanced placement. America instead wants to hold them back to bring the bottom end up by forcing them into the same classes and letting the lower end skate by with minimal or inflated grades.

Districts are removing these programs in their own ways. NYC dropped their programs as a result of a March lawsuit alleging racial disparities being exasperated by the 75% white and Asian makeup. Instead, students will get a 2 hours per-day maximum of advanced courses when a teacher recommends it; not based on a standardized test like the days of old.

Mind you, these programs are already largely absent from many rural schools due to a lack of funding and a lack of population. It’s incredibly difficult to advocate for advanced courses for gifted students when they may make up 40% of class size, and they are already operating on a shoestring budget thanks to unequal budgets for districts.

Philadelphia changed its entire process for magnetized schools earlier this year to give those in historically underrepresented zip codes a preference. Boston’s magnet schools divided the students into eight groups based upon ‘socioeconomic conditions within their neighborhood. Walter Blanks Jr, press secretary of the American Federation for Children told the DCNF “We already know … that more choices, not fewer, is an antidote to the achievement gaps plaguing the public [school] system…When families are truly empowered with high-quality options, and educational opportunity is no longer tied to a child’s ZIP code and family income level, we have seen those gaps dissipate and even disappear.” While this may be accurate to some extent, it’s no guarantee they will take advantage of this opportunity and find success in these programs.

“In the name of equity, nobody can be special. Talented children will be bored and suffer, and our country will be worse off in the long run” according to Parents Defending Education president Nicole Neily in a statement to DCNF. This explanation may feel overly simplified, but it’s factual and explains the situation perfectly. If the children are the future, shouldn’t we help everyone achieve the most success possible?