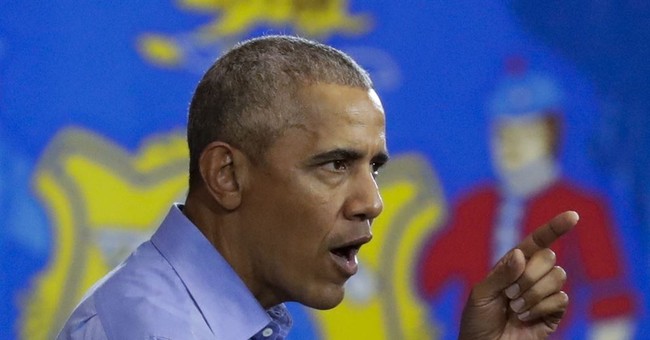 I wrote previously about the offensive remarks that Barack Obama made while he was campaigning for Terry McAuliffe in Virginia.

Among those remarks were ones attacking the concerns that parents have had in Virginia about what is happening in the schools and what is being taught.

“We don’t have time to be wasted on these phony trumped-up culture wars, this fake outrage, the right-wing media’s pedals to juice their ratings.” He accused Republican gubernatorial candidate Glenn Youngkin of avoiding “serious problems that affect serious people,” and suggested that outrage over the actions of school boards is unjustified.

So, someone want to apprise Mr. Pen and Phone about the news of the day? In case he missed it?

Part of that “outrage” over the past month has been the news that Loudoun County Public Schools (LCPS) covered up the incident of an allegedly gender-fluid boy in a skirt raping a girl in May in one of the schools while LCPS were dealing with questions about their transgender policy. In June, the school superintendent lied when he said there hadn’t been any sexual assaults in the restrooms in LCPS. The boy behind the rape in May was transferred to another high school where he allegedly assaulted a second girl. There was also evidence that the LCPS hadn’t been reporting to the public other incidents that occurred as required by state law.

But this is typical Obama — disdainful and dismissive of anyone or anything that threatens Democrats’ power. How despicable to be dismissive of things like this.

Parents and the public weren’t having any of it.

“That is the most tone-deaf statement I have ever heard,” Brandon Michon, a frustrated father of three in Loudoun County, Virginia, told Fox News on Sunday. “First and foremost, everything that has come up with the cover-up in Loudoun County has to do with a sexual assault on girls. To say that this is trumped-up as a political thing is laughable.” [….]

“Any parent, regardless of our political views – Republican, Democrat, Independent – wants our kids to go to school and be safe,” Michon told Fox News. “People are upset because Loudoun County covered up that they knew about sexual assaults and the question is, what else do we not know about?”

“It doesn’t feel like it’s culture war or fake outrage,” he added.

“Obama is clearly clueless or intentionally misleading the crowd,” Laura Zorc, director of education reform at Building Education for Students Together (BEST), told Fox News in an interview on Sunday. [….]

“Parents are fed up with politics being forced down the throats of our kids,” Zorc added. “Parental rights is on the ballot in Virginia. This is not a Republican or a Democrat issue – it’s a parents issue.”

“Parents are craving leadership that will protect them from the wokism,” she added. “Youngkin is clearly the only candidate willing to fight for parents. Obama peddling this nonsense shows he is in denial that anything is wrong.”

Obama stepped in it big time. This is the kind of thing that’s easy to grasp and parents will not forget when it comes to going to the polls. I’m thinking this isn’t going to go over very well for McAuliffe and the Democrats.