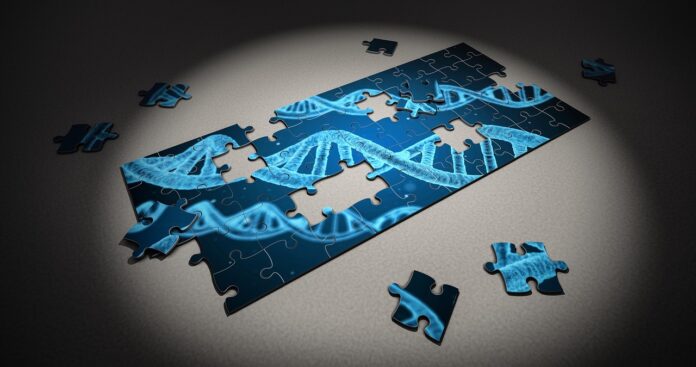 Those are the only two bubbles that should exist on any form. For most, it’s a clear answer. Identify your sex.

If you listen to the liberals long enough, you’ll have yourself questioning just how many genders exist. There have been more and more arguments rising to say that there are plenty of genders beyond male and female. People don’t want to be crammed inside of a bubble.

Well, science doesn’t lie – and this is about to burst the bubble of every liberal.

The Endocrine Society has released an official statement: there are only two sexes – male and female. Biological sex is actually measurable and should be differentiated from gender identity.

Can we say it a little louder for the people in the back? There are only two genders, and this is backed up by an international organization made up of over 18,000 endocrine clinical specialists and researchers.

That should simplify things, right?

Well, here’s where the liberals tend to get confused. The Society says that sex is a biological concept. Gender, however, is commonly used as a synonym for sex, which it isn’t. As such, people have to learn the difference.

Distinguishing between “male” and “female” is necessary for biological reasons. It impacts hormones as well as physical makeup. A person cannot check a different box because they identify with a different gender.

While a person may identify as a female, they are still, in terms of sex, a male. They can argue that point all they want, but science is backing it up. It’s not meant to hurt anyone’s feelings or serve as a way to discriminate.

As the Society went on to say within their press release, there are biological differences between males and females that “affect virtually every aspect of medicine and biomedical research.”

Why is it so hard for the liberals to understand that there are medical reasons for identifying someone’s sex? It doesn’t matter how a person may see themselves – they’ll still have to identify with who they biologically are. There’s not enough hormone therapy in the world that will change that.

The only way to provide premium public health to everyone is to acknowledge the existence of two sexes (and only two sexes). It ensures that everyone gets the proper care based on who they are biologically.

There are differences in men and women as it pertains to heart and kidney disease, stress-related diseases, and more. For anyone who wants to deny that there are no differences is actually hurting those who need the healthcare the most.

The National Institutes of Health, an agency that falls under the U.S. Department of Health and Human Services has said that they expect to use “sex as a biological variable” as it pertains to analyses, human studies, research designs, and more.

Biology is scientific. There’s no way to be discriminatory when nature has done that for us. The two sexes are different – and we must recognize that as we look at how sports are played in high school, how prisoners are divided in prison systems, and more.

For those who want to choose a gender that is different from their biological sex is fine, socially speaking. However, at some point, they’ll be forced to be limited by their biological sex because it does define them. And, there’s nothing that the liberals can say or do to change that because it’s all backed by scientists, not unreasonable right-wings like the media wants to portray.