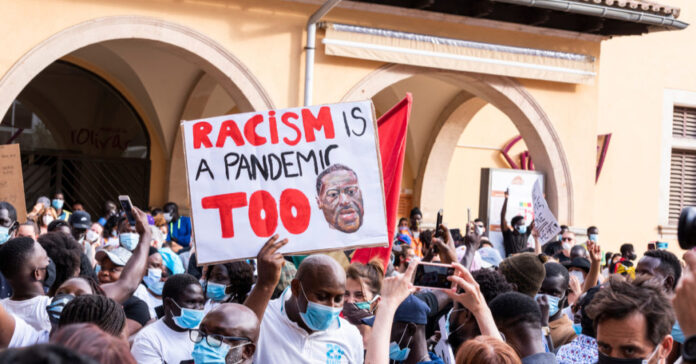 The New York City Board of Health took a major step this week concerning racism in the city. The board declared racism a public health crisis and vowed to look into any “structural racism” that might exist in the New York City health system. The Board of Health also recommended that the NYC Health Department give themselves an anti-racism review.

The board passed a resolution on Monday which indicates that there has been a long history of structural racism in the city and it has impacted services and care across all institutions within the society.

The Board of Health resolution was not only aimed at the health system for continued inequity among races but also focused attention on other parts of society. They called out law enforcement, housing, and education for taking part in “avoidable and unjust health outcomes.”

The resolution used this language to describe the past “settler colonialism, indigenous genocide, and enslavement of Africans are part of the history of our nation.”

This is how the board plans to fix the perceived inequities. They developed a plan to have “race explicit strategies” which will be necessary to combat a “race explicit system.”

The Board made one recommendation that requested that the New York City Health Department research, clarify, and acknowledge that there are examples of their historic role. The recommendation says that they were responsible for “divesting and underinvesting in critical community-led health programs, and participate in a truth and reconciliation process with communities harmed by these actions when possible.”

Another hope from the board is that a Data for Equity group will be created internally. They want to ensure that the Health Department applies an “intersectional, anti-racism equity lens” to the city’s public health. They also plan to provide guidance to other NYC Mayoral agencies on what the best practices might be.

They further recommend that there be an anti-racism review of the NYC Health Code. They want this conducted in coordination with the NYC Health Department and other relevant organizations.

The goal is to build a healthier New York City and to do that, they believe that have to confront racism as a public health crisis. Dr. Dave A. Chokshi, the NYC Health Commissioner, praised the move by the board. He said, “The COVID-19 pandemic magnified inequities, leading to suffering disproportionately borne by communities of color in our City and across our nation. But these inequities are not inevitable.”

Torian Easterling, the Chief Equity Officer, also applauded this recent move. He said that he has seen for years the negative impact of racism in the public health of the city. He not only committed himself to building a more equitable city but thanked the Board of Health for sharing a commitment to dismantling systemic racism.

News got out to New York State Senator Brad Hoylman, and he was pleased with what he called the board’s efforts to “promote an anti-racist public health agenda.” Hoylman believes that the combined effect of institutional racism and the COVID-19 pandemic on Black and Brown New Yorkers represents an urgent call to action The senator declared that we can no longer ignore it as a government or society.

In November of 2020, the American Medical Association said that racism was “a threat to public health. The AMA declared their commitment to optimal health for all and said they were working to ensure all people and communities reach their full health potential.

Board Member Willarda V. Edwards specifically declared racism as an urgent public health threat and said they were taking the right steps toward advancing equity in medicine and public health, and they were creating pathways for “truth, healing, and reconciliation.”