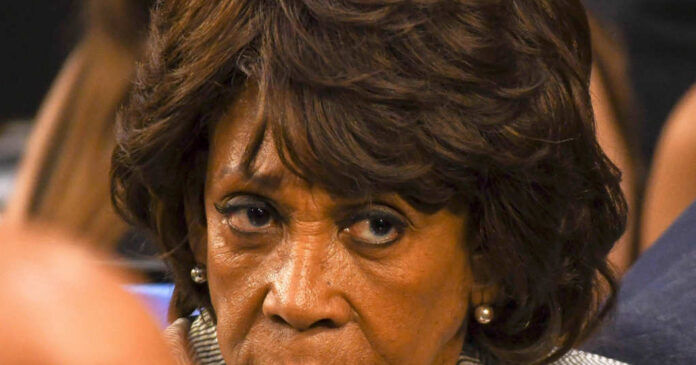 When you think of the Democrats you typically think of their insane views on how to change our country. The ‘progressive’ mindset of change and ‘equality’ while driving out masculinity, trying to get everyone on a level playing field, and blowing money on nonsense. Antiquated marketing is not a part of that description.

Yet House Financial Services Chairman Maxine Waters (D-CA) has wasted money on sending slate mailers to potential voters. For those unfamiliar with these, For News provided a great explanation of this. “Slate-mailing is an uncommon practice in federal elections, where a consulting firm is hired to create a pamphlet of sorts that contains a list of candidates or policy measures and advises voters how to cast their ballots”.

Not only is she sending out obscure information, but she has also employed her own daughter to do so. The FEC reports for the first two quarters of this year show her daughter $45,000 and another $29,000 in the third quarter. Given their proclamations that Republicans overspend on ‘nonsense’ you would think she would be spending money on more useful and productive ways of getting information out to the people.

During the 2020 general election she was the ONLY candidate to use this outdated system; thus keeping her daughter ‘gainfully’ employed; at the campaign’s expense. All in all, since 2003 her daughter has been paid $1,100,000 for her services. Let that sink in. 1.1 MILLION dollars in 18 years of sending fliers to ‘inform’ voters. Given her district, this is an astronomical figure, and what part of LA it comprises, this is horrific.

These fliers aren’t read. They aren’t even interesting or guaranteed to be 100% accurate. This gross spending is reflective of her entire time in public service. How she is the Chairman of the House Financial Services committee makes no sense. Especially after this revelation. While a large collection of the mainstream media is doing everything they can to suckle at the Democrat teat, they continuously brush aside how much money their family members make off Government ‘jobs’, and how much wealth they miraculously accumulate while in office.

With how quickly these fliers are tossed, it just becomes more and more waste in the already overflowing landfills of LA. This means her campaign is just creating more and more taxpayer costs over time. Given the cost of landfills to our environment and her suggestions about people being green, she should be focusing on more efficient ways of getting her message out.

Rep Waters spends little to no time in her district, and these slate mailers are her only real contact with her constituents; if you can even call it contact. Yet the people of California are just going down the party line, and blindly voting her in time after time. She’s now spent 30 years in office across two districts (back to back no less) and accomplished little except disappointing the American people time after time.

As the 2022 races get ready to ramp up, perhaps it’s time the Republicans in California turn up the heat on her and her allies. Given how hard she has lobbied against Trump, her wasteful spending, and her fight against the Republicans it’s time she got a taste of her own medicine. It’s time the people got her out of office and put someone in that seat who cares about their district, and who cares about the American people. If they don’t do it this time around, who knows how much worse she’ll get in the rest of the time Biden is in office.