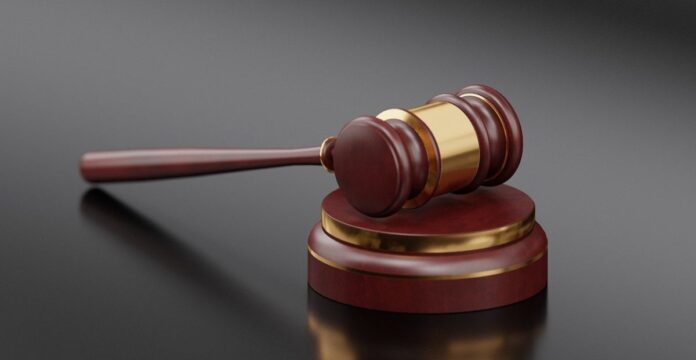 The nation has been on edge waiting to hear about the fate of former police officer Derek Chauvin who is charged with killing Goerge Floyd in Minneapolis in May of 2020.

Floyd’s death set off worldwide protests, property destruction and led to the deaths of at least a dozen. It also ramped up the work of Black Lives Matter, a political activist network of largely people of color who crusade for changes, including reparations and preferential treatment for people of color, claiming injustice that continues to this day.

The media, along with everyday citizens, have been watching the Cauvin trial, and the details have solicited several types of responses. However, according to conservative commentator Ian Haworth of The Daily Wire, there are several things that many are afraid to say about the trial.

The first is that to most people “this isn’t about Derek Chauvin.”

According to Hawthorn, Floyd’s family lawyer Benjamin Crump said this case was “a referendum on how far America has come in its quest for equality and justice for all,” while Al Sharpton said, “Derek Chauvin is in the courtroom but America is on trial.”

However, the conservative commentator believes that both are wrong because trials are “about specific accusations leveled against specific people.”

“The specificity of court trials is what separates our system from the witch trials of the past. By diluting — or even removing — Derek Chauvin from the case, Crump and Sharpton are trying to alter the question posed to the court.

“Chauvin is not on trial in place of America, and cannot be sacrificed as such by bypassing the structure of our lawful justice system.”

It is a crucial part of American justice that no one can be tried for the sins of another. No person can be held responsible for the actions of their parents or children or spouse. However, it seems that Chauvin is being made an example of, and it’s all being hinged on what is being billed as “systemic racism.”

In another blow to the case of Chauvin’s trial being about racism is the problem of Floyd’s autopsy.

Because this case is being made that Chauvin caused Floyd’s death it’s more than noteworthy that Floyd’s “autopsy report shows that Floyd had fentanyl and methamphetamine in his system and had a serious heart problem and that Chauvin’s neck hold did not, in fact, cause damage to Floyd’s trachea.”

“That means that while Chauvin’s neck restraint may have contributed to Floyd’s death by ratcheting up his blood pressure, for example, it’s uncertain that it caused Floyd’s death more than, say, the excited delirium from which Floyd may have already been suffering,” Ben Shapiro noted.

Additionally, Hathorn raised the question of whether Chauvin’s hold was considered acceptable to the Minneapolis Police Department (MPD).

While the Department’s chief, Medaria Arradondo has argued that “officers are not trained to place their knee on a suspect’s neck like Chauvin did to Floyd,” the conservative commentator cited former MPD officer Thomas Lane who produced department training materials which included “information on a restraint called the ‘maximal restraint technique,’ and a photo of an officer with his knee to a suspect’s neck similar to the hold used by former officer Derek Chauvin on Floyd.”

“The training materials specify: ‘the maximal restraint technique shall only be used in situations where handcuffed subjects are combative and still pose a threat to themselves, officers or others, or could cause significant damage to property if not properly restrained,’” the report adds.