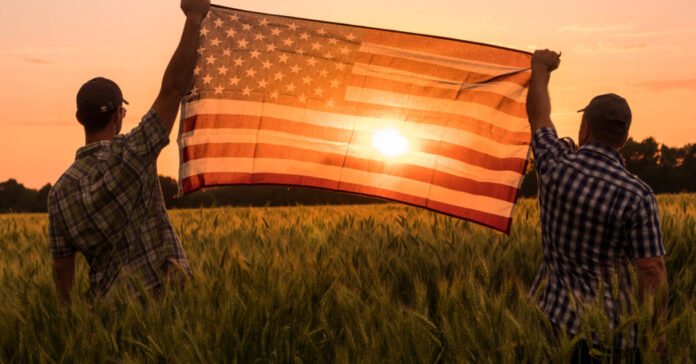 If you thought the “cancel culture” movement was bad, just wait until you hear this story. On Tuesday, the nation’s leading parks nonprofit released a lengthy guide on how to speak in “woke” terms. The written diatribe included tips like this: avoid using the term “Americans.” It also gave details about how to keep the term “white” lowercase, but that the term “Black” should be capitalized.

This information came from the National Recreation and Park Association’s (NRPA) exhaustive 17-page “Equity Language Guide.” This document is intended for parks and recreation professionals and it provided detailed instructions on what words were now acceptable or unacceptable in speaking about race, age, gender, sexual orientation, and ability.

The Daily Wire spoke with one of the members of the Parks and Recreation Advisory Board in Edmond, Oklahoma. He told the news outlet that he was apparently automatically signed up for NRPA emails. He had received the guide in his inbox. The advisory board member said that he plans to complain about the manual at the next board meeting.

The National Recreation and Park Association boasted that it had spoken with President Joe Biden’s administration just days after he first took office. They indicated that they would reverse the decisions that had been made by President Trump’s administration.

The NRPA’s guide said, “Use caution with this word,” about calling people “Americans.”

“When we talk about parks and recreation serving communities, we are usually talking about how they serve all people whether or not they are a U.S. citizen,” the guide noted. It, then, clearly advised that people “avoid using the term ‘Americans’ generically for a group” and use “residents” or “members” of a community as a more “inclusive approach.”

Regarding the capitalization, or lack thereof, of the terms “white” and “Black,” the guide said that it was “a recognition of how language evolves over time.”

Concerning the term, “Black,” the guide said that it reflected a shared identity and culture rather than a description of skin color. Therefore, it should be capitalized.

The guide also said that “alien” is offensive when used to refer to people, and it should not be used, even in reference to plants.

This document from the NRPA went even further, saying that people’s “implicit bias” is “not accessible through introspection.” So, they advised that the terms “minority” and “person of color” are not acceptable, according to NRPA.

Eventually, the 17-page guide got to religion. It said that religion could be an important factor in someone’s identity and culture. The parks’ professionals were encouraged to recognize religious and cultural traditions, especially those that were other than the ones that typically dominate the U.S. media landscape. They indicated that these were usually Christian holidays.

The document has a glossary where they were able to give explanations of other terms that included: “ally,” “environmental justice,” “anti-racism,” “equity,” “structural racism,” “dominant culture,” “cultural humility,” and “white supremacy.”

It was here that they further revealed a distinction between “white supremacy” and extremist groups like the Ku Klux Klan and the neo-Nazis. They wrote that white supremacy is ever-present in our institutional and cultural assumptions and that they often assign value, morality, goodness, and humanity to the white group. The document went further, saying that often they cast people and communities of color as worthless, immoral, bad, inhuman, and undeserving.

Eventually, the guide went to preaching, saying that from the time we start learning how to communicate, we unconsciously take in the implicit biases in our language. It said that most may not realize what certain words mean or know how to use them, and this can be damaging to others.