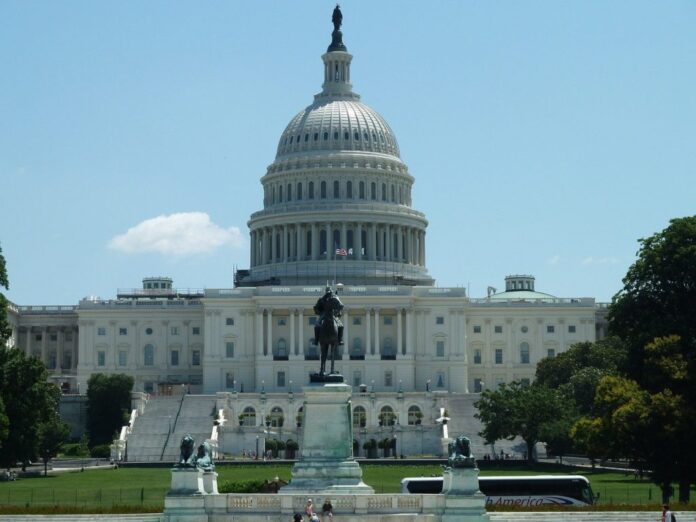 Liberals have long had visions of stacking the Supreme Court in their favor, and like flies at a picnic, they won’t give up. Since they’ve learned how easy it is to swat them down one by one, they’ve formed a battalion and decided to skin that unethical cat by force. And their blades are sharp.

Senate Democrats have been told by far-left activists that there is but one viable solution. They must become more involved at the ground level, and now is the opportune time to do so. By taking full advantage of the ‘reconciliation’ craze, the opportunity exists to fill the lower courts with new federal judges. Hundreds of them. Most of whom are African-American liberal-leaning Democrats. And many of which are underqualified, but who cares?

“Take Back the Court” is a radical far-left organization under the direction of activist Aaron Belkin. The organizations’ website states, “We can’t restore American democracy or solve big national challenges like climate change, racial justice, access to affordable health care, and economic inequality unless we take back the Court.”

Reconciliation is not new, but the laws regarding its purpose are being twisted. In actuality, it’s a parliamentary procedure that hands the Senate full reign to rearrange the national budget by a simple majority rule, no filibusters allowed.

Here’s where the swamp gets murky. This includes how and where America’s money is spent, and who and what needs to be taxed in order to pay the projects that no ordinary citizen has a say so in. This hand was recently played by Democrats as the only way of passing Joe Biden’s enormous infrastructure plan, of which he undoubtedly did not create himself. He was told to sign it, flash his dentures, and for God’s sake, don’t talk.

Democrats once again used reconciliation as the only way of passing their massive COVID-19 relief bill that sunk our nation deeper in debt. Now, all that remains is to allocate a huge portion of the budget for the salaries of the hundreds of new federal judge positions that will need to be created. There’s no need for more judges, but hey, whatcha gonna do when there’s no right way?

Here it comes…but…at least, in this case, Republicans may have an edge. Claiming reconciliation may not be an option for the Dems. In 1985, Sen. Robert Byrd introduced legislation that in 1990 was added to the Congressional Budget Act. Known as the Byrd rule, its intent is to prevent senators from inadvertently adding their foolish desires to an already existing national budget at an additional expense for taxpayers.

The Byrd rule states as follows: Section 313(b)(1) of the Congressional Budget Act sets forth six tests for matters to be considered extraneous under the Byrd rule. The criteria apply to provisions that:

“Merely incidental,” as stated in rule number two, is what Senate Republicans are taking aim at. Nowhere in the entire ruling does it specify what the term means. If no current need exists for creating additional federal judge positions, this more than likely falls within that category.

What’s interesting is that this time around it isn’t up to the Republicans to prove their case, they have no need. If the Democrats choose to idiotically attempt caving into the demands of the far-left, which in all certainty they will, it’s on them, and as far as we can see, they’re doomed before they begin.