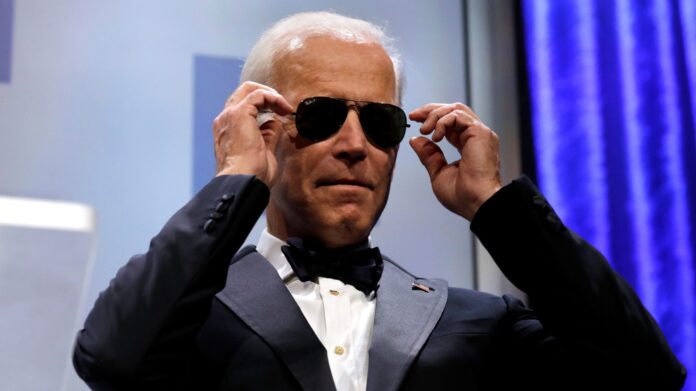 As I am sure you are well aware, President Biden is wholly against reopening our nation and bringing back even some tiny semblance of normal. Remember when Texas and Mississippi both decided to end their mask mandates and open their states up for business as usual?

Biden didn’t waste any time in referring to the decisions as “Neanderthal thinking.” He insisted that states keep masks mandatory and that businesses stay shuttered, or at least partially so, to keep COVID-19 at bay.

And yet, it would seem that he doesn’t have a problem keeping his personal White House barbershop open…

That’s right. Did you know Biden has his own barbershop in the White House?

Apparently, the installation was created under the Trump administration and is one of the few things Joe Biden has decided to keep.

As the New York Post reported, the service began on a small scale in a downstairs bathroom of the Eisenhower Executive Office Building. It was staffed by two Asian American women, who were recommended to former White House Chief of Staff Mark Meadows’s wife, Debbie Meadows, by Representative Jim Jordan’s wife.

A former White House aide said that the shop seemed aimed toward men, costing about “$60 or $70 with tip included” for a haircut. “I’m sure they would have agreed to style women, though it was definitely targeted to male staffers. I can’t say for sure if any women even went.”

As the shop grew in clientele, the White House hired a local haircutter to take over Wall’s Barber Shop.

According to the Post, before being appointed as the White House barber, owner Dale Simmons’ DC shop was frequented by “many White House staff,” including Vice President Mike Pence. “Pence sometimes jogged across the street for a quick trim and was well-liked among staff.”

Simmons told the Post, “With the staff coming in and out of the barbershop, they may have felt that it was a perfect fit.”

And while Biden himself has not received a haircut from Simmons or his staff, he has kept the shop going, allowing his officials and aides to get a trim. In contrast, the rest of the nation’s salons and barbershops are limited in both hours of operation and occupancy in some states.

Seems a little hypocritical to you?

It certainly does to me. Although, it isn’t all that surprising. This is just another in a long list of items that Biden and his left-leaning cohorts have decided is ok for them but not for anyone else.

Consider Biden’s recent limitation of the press at the White House, for example.

According to the Post, members of the press allowed to visit the White House are now limited to 80 per day, and each is required to take a rapid COVID-19 test, which costs them $170 each time. Of course, the White House claims “budgetary constraints” that “limit the government’s ability to provide daily COVID-19 testing” as to why there are such limits placed on the number of journalists allowed on the premises.

Meanwhile, the barbershop, now held in the same building, is allowed to operate without limitation or restraints.

On the other hand, Trump has made no secret that he wanted the nation opened up and as soon as possible. He fought against mandates and, day after day blasted the excessive lockdowns of Democratic leaders. For him, opening a barbershop was anything but hypocritical.

As one former Trump official says, “The Biden presidency motto: do as I say, not as I do. The fact that he will keep open the White House barbershop while shutting down the press covering him tells you everything you need to know about his gaslight governing.”

To be clear, there isn’t a problem with keeping the barbershop open, just so long as you allow other businesses and ones that Biden and his staff won’t directly benefit from to do the same. Anything else is the literal definition of tyranny and hypocrisy.