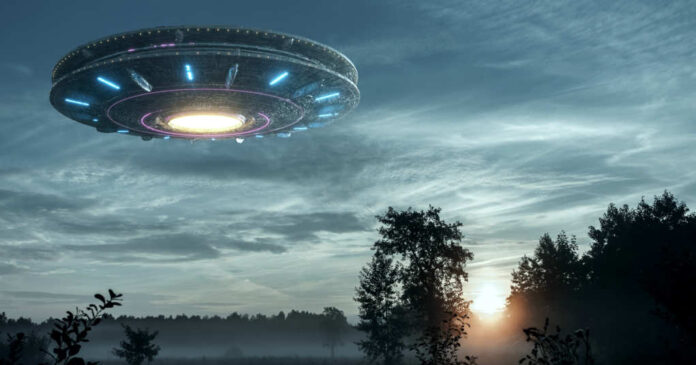 We blame a lot on UFOs in jest. Oh, what caused that? It must have been aliens.

In the past year or so, there have been more claims about UFOs…and the military has even insisted that they have seen some in action.

Now, a former Air Force Officer by the name of Robert Salas has some unusual claims about unidentified flying objects.

It was 1967…and Salas was overseeing 10 nuclear missiles at Malmstrom Air Force Base, located in Montana. Then, a UFO took them offline.

Now, is it unusual that someone claims that they’ve seen a UFO? No, not really. However, it seems that more and more members of the military are opening up about what they’ve seen in the past. Particularly those who are no longer in the service… and that may mean that they’re more open to discuss things without having to face psych testing.

According to an interview with The Sun, Salas said, “a UFO came over and hovered over our facility and while it was hovering there it was seen by all our guards….This object, whatever it was, would have had to send a signal to each missile separately and disable the guidance system.” Salas admits that he was 60 feet underground in a concrete capsule when the UFO showed up. He was told about it by the guards.

What’s interesting is that Salas isn’t the only one to make such an odd claim.

It may be possible that UFOs have been responsible for messing with our nuclear missiles on many occasions. Former Senator Harry Reid claimed that UFOs took down our nuclear capabilities at one time, too.

Most intelligence reports explain UFO sightings as secret technologies that are being tested. However, when the people who are supposed to know about these tests claim they weren’t happening, then what?

The latter may be increasingly truer. The federal government did just release a US intelligence UFO report. And, there are more and more UFO sightings being reported across the nation.

The Department of Defense’s Inspector General has even launched an investigation to see how the military is monitoring UFOs.

Think about it. Whenever there’s unusual activity, we can just blame it on the UFOs. And, think about how many wars the visitors from other galaxies could create. We may point the finger at Russia or China when one of our missiles are taken offline…when really, it’s ET trying to phone home.

Whatever is going on, we should probably get to the bottom of it. After all, we can’t have missiles, satellites, or anything else be taken offline simply because UFOs are flying about in and around our atmosphere. We have to figure out if it’s really intelligent life from another planet or if there are countries out there with incredible technologies that we have yet to see.

And, we also have to wonder just how much the federal government knows about UFOs and aliens from other planets.

If there are UFOs and they’re dipping down to earth to consider an invasion, can we volunteer Biden if any probing of a human needs to be done? It might be the only way to get rid of this administration once and for all.