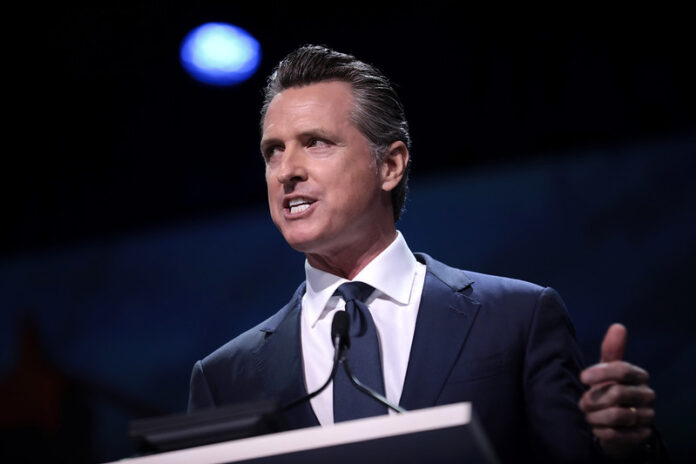 This is the type of story that is sure to inspire mixed feelings. You’ll want to watch the video first, so that you can get a better idea of what is going on in California. There are a few schools of thoughts here when it comes to the statement from Governor Newsom.

First of all, it has to provide California residents with some form of mental relief to know exactly when the pandemic is going to end. Yes, three months may seem like a long time but they are sure to fly by. The governor wants everyone to maintain the same pace of vaccination and keep taking the same precautions but all of that is understandable enough.

If everything goes according to plan, 75 percent of the state’s population will be at least partially vaccinated before you know it. This is a major salve for the wounds of all California residents. A concrete timeline being provided by a Democrat governor is cause for celebration, that is for sure.

After a year of doom and gloom, it is nice to find a governor who is willing to offer some real news. Public health bureaucracies and governing bodies offering cause for optimism? This is enough to warm our tired hearts. The following tweet from CA Health is sure to make people smile:

“With 20 million COVID-19 vaccines in arms, low & stable hospitalizations, CA is on track to fully reopen on June 15 with masking & vaccinations. Get ready to hug your loved ones, to have that dinner, to go to that movie…California’s future is bright,” they tweeted.

Of course, there is another train of thought. Two and a half months seems like a very long time and no one knows what California will look like by then. Many would say that the state is already doing very well and that businesses should be able to reopen now.

The state’s rate of positive testing has dwindled to 1 percent. The only other place on earth that has seen this success rate in a population of 40 million of more is the UK. They have emulated the California plan of keeping everyone on lock down and vaccinating at high speeds.

California has the largest population in the country by a significant margin. Their number of positive cases is only 5th, which places them on par with much smaller states. How can a state that is seeing significant decline tell their residents that they need to remain in a state of fear until the middle of June? This is what we mean when we say that the state is inspiring mixed feelings in their residents.

Newsom cannot be faulted too much for wanting to be cautious. He’s not trying to risk another wave before the state can reach herd immunity. There are some states that are experiencing rises in cases at the moment but these spikes are not too dramatic. The full blown waves that were being predicted by some of the naysayers have not actually come to fruition.

Michigan is the one state that is getting hit the hardest but there’s just one problem with using them as the example here….they have taken the most precautions! There is only one silver lining for Michigan. The vaccination rates have risen to the point where the death toll has started to fall. This can probably be attributed to the fact that senior citizens are now vaccinated at the proper rate, thus reducing the overall number of highly vulnerable residents that Michigan has to protect.

Whitmer has changed her tune in the meantime, at least. “It is not a policy problem that we have. It is a compliance problem that we have. It is a mobility issue that we’re confronting. It is fatigue that we’re confronting. And it’s variants,” she says. It’s funny how quickly she decided to do a 180 on all of this. All of a sudden, she’s ready to open! Funny how that works….