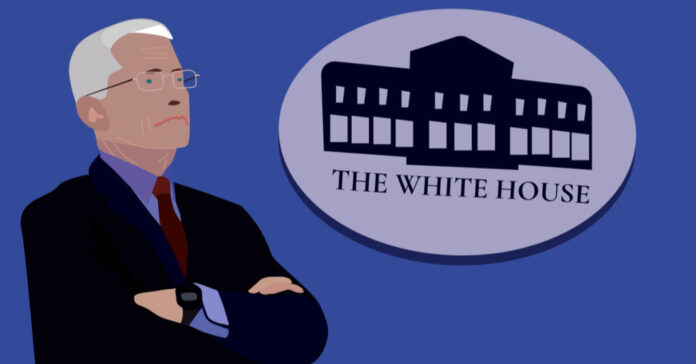 The untruthful Dr. Anthony Fauci, who serves as the corrupt director of the National Institute of Allergy and Infectious Diseases, is back on television telling people they are nutty for not liking him. The tiny man lost his popularity when he was found lying to the public and pushing mandates that contradicted the previous mandates the week before. And now, he is wondering why people hate his face.

He claims that people who hate him are those that cannot face the truth. The reality that he lives in is different from what the rest of the world knows. In his world, he is always right, and everyone else is always wrong.

Fauci sat with Chris Wallace and had to face the reality of his design. Wallace put in front of Fauci that “when this pandemic started, I think it’s fair to say you were the — generally regarded as the authority on infectious disease.” There was a time when people listened to what he said.

When Donald Trump left office, Fauci’s downward spiral began. He became infected with the virus of liberalism and the love for money. It was at that moment that he stopped making sense and lost the respect of the nation.

Wallace said that the doctor made statements that did not make any sense. Wallace also pointed out that “But as time has gone on, you have become a polarizing figure. Critics accuse you of sending mixed messages. There’s allegations that you helped fund dangerous research at the Wuhan lab.”

With the accusations in his face and Wallace asking him if “And, honestly, do you think there’s anything you have done that has contributed to that?” Fauci began to attack and make millions of people out to be the bad guys.

Fauci was quick to tell Wallace that his hands were clean of any wrongdoing. He claimed to listen to science and consider all the data that was before him. But nothing can explain why the little man would tell people to wear more than one mask. And there is certainly nothing that can explain the ever-changing loony mandates being pushed from his office.

Fauci went on the offensive and blamed his unpopular status on everyone else. Fauci speaks as a true Democrat who believes he could never make a mistake. And if there are any problems with him, it has to be because everyone else has made mistakes instead.

Dr. Fauci deems all Republicans as crazy people because he believes that they deny the seriousness of the virus. But the truth is that the Republican governors have followed the exact science and found that the world can be free of lockdowns and not experience the doomsday events that people like Fauci claimed would happen.

The thorn in Facui’s side is Governor Greg Abbott and Governor Ron DeSantis. Both of these men have proven the doctor wrong on more than one occasion, and they have stood for the people and refused to let the Democrats ruin lives and destroy the economy.

Fauci hated the fact that Abbott made forced vaccinations illegal. The doctor told Wallace that the vaccines were effective. But the truth is that the media is not reporting on all the people who have nasty side effects from the vaccine. And they certainly are not talking about the people who are naturally immune. Fauci should be the first one in line talking about natural immunity. But that would undermine his attempt to gain more popularity and fame.

He finds it easier to accuse conservatives of being crazy than to admit that he has made some errors along the way.

Fauci has proven to be a master liar. He has fallen for socialism and believes that he would have a special privilege if the country were turned into a failed socialist state. He wants people to give up their rights and trust the federal government. But the Democrats have not given anybody reason to trust them when they continue to change the pandemic story to meet their political aspirations.