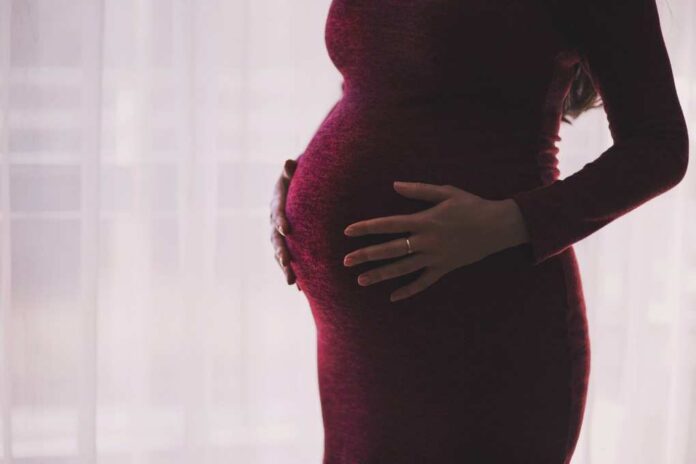 The Democrats love their ability to tell women that it is just fine to murder their unborn child. The liberal teachings on life have poisoned millions into believing that life begins after the baby is born. But science teaches that life begins at conception, and there is nothing that can change that fact.

There is a new bill coming out in Utah that acknowledges that life begins at conception, and it has everything to do with how the bill is worded. This new bill will require biological fathers to pay support during the months of pregnancy. He will be required to pay up to half of the costs to see that the baby is born.

The bill states that “This bill: defines terms; and requires a biological father to pay 50% of a mother’s: insurance premiums while she is pregnant; and pregnancy-related medical costs, including the hospital birth of the child, that are not paid by another person.”

Liberal baby killers are just going to go crazy when they realize what this bill really means. The Republican Governor Spencer Cox put his name to the document, which put it into law.

Most people think that a father should pay for child support after the baby is born. But, requiring him to pay for the cost of birth and other medical expenses makes people realize that life begins in the womb and not in the air.

Brady Brammer is the bill’s sponsor, and he stated that men would begin to see “the responsibility for men in the bringing of life into the world.” Liberal men fail in their role as fathers because they do not see their part in raising the kids. They see it as the woman’s job. But it is his responsibility just as much as it would be the mothers. This bill tells that both parents are needed to raise a child.

Brammer went on to note that “Oftentimes there’s this battle between pro-life and pro-choice where some of the pro-life positions really turn into a perception that it’s just anti-abortion. I kind of got sick of those things and I thought what could we do that’s really a pro-life thing? … and so that’s where this bill came from.”

The burden to pay for pregnancy bills is not just the woman’s job. The father had just as much to do in the creation of life as the mother. So it stands to reason that he needs to pay his fair share. Senator Dan McCay stated that this bill would “try and bring some equity to the funding of pregnancies and share in that burden and [to recognize] the important role that the mother and the father play in the pregnancy. That cost for the long term is a shared expense and not to be borne solely by one party.”

The state House Democrats hated the bill. They tried to argue that the women would be tied to abusive dads or that they would need to seek out cheap pregnancy care. But those arguments fall short of the truth of how relationships work. The mother does not have to have anything to do with the father if they do not want to. All that is required is that he pay his part of the bill.

The liberal YWCA Utah stands against the bill and says it “significantly impact Utah women, girls, and families.” Their statement makes no sense because it helps the girls financially.

The Abortion-Free Utah coalition supports the bill because it will support women who need to give birth to a baby. The arguments that the liberals throw out to the wind make no sense and do not support their side of the issue. The dynamics of the relationships are not formulated in this bill. It simply makes the father pay for his part of the bill.

The Democrats that do not support this bill hate women and want to support the fathers that do not want to pay their part. The baby has the right to live, and the mother has a right to be helped financially through the baby’s birth.