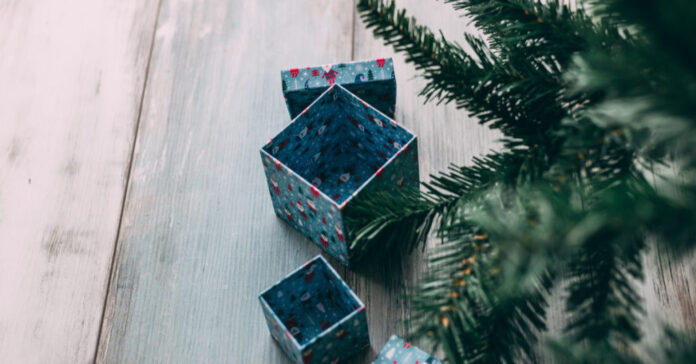 The emptiness of shelves around the country is alarming a lot of people. They know that empty shelves are a picture of everyday life in a country dominated by socialism. Evil leaders dictate what and how much can be sold by the horrible policies they place on the people. The prices for commodities continue to rise, and the shelves are staying empty because Joe Biden is trying to make America a socialist’s nightmare.

The president’s press secretary Jen Psaki is the perfect nutjob to try and cover up the plans that Biden has for the country. She is the voice of a liar as she tries to point people in the wrong direction as to the party responsible for fixing the mess.

Paski tried to get people to believe that the Biden Administration does not have the right to interfere in the supply chain crisis. So, she was trying to point out that it is up to businesses to solve their problems. And she even knocked Christmas by stating that it was not Biden’s fault that people would not get their presents by the time the holidays arrived.

The problem with her statement is that it is all a lie. Biden is the one that created the crisis the day he signed all the executive orders that expelled the regulations left by Donald Trump, and his policies made it way easy for goods to flow into the country. And along comes Biden, and everything grinds to a halt because he cannot stand to let a Republican do the job better than he ever could.

A reporter asked Psaki, “Based on everything being announced today, can this administration guarantee that holiday packages will arrive on time?” Instead of providing a direct answer to the question, Psaki dances all around the subject and gives an answer that will essentially blame every shipping company in the country for Biden’s messes.

She stated that “We are not the Postal Service or UPS or FedEx; we cannot guarantee. What we can do is use every lever at the federal government[’s] disposal to reduce delays, to ensure that we are addressing bottlenecks in the system, including ports and the need for them to be open longer hours so that goods can arrive. And we can continue to press not only workers and unions but also companies, to take as many steps as they can to reduce these delays.”

Biden plans to force American ports to remain open every waking hour. But that will still not solve the problem. There was no issue with supply chains when Donald Trump was in office because his way allowed people to prosper and make money versus taking it all from people because of over-regulation.

The reporter also had asked Psaki if the problem was going to get worse. And all Psaki could say was she was not a prophet. The truth is that it is going to get a lot worse until the Democrats are kicked out of Washington, and the Republicans are allowed to work at solving the messes that are left behind.

The ports will be open all day long and all night. But that will not solve the staffing problem that exists. Every industry is suffering from a shortage of workers because Biden has them all trapped on welfare programs. They earn more by staying home than they ever would going out and earning money through hard work.

Psaki is hiding for Biden’s point that they do not have a way to fix the issue without admitting that Donald Trump’s ways were the right ways, and Biden made a mistake by changing what he had set up. The country was on a path to greatness, and Biden killed it because of his jealousy of Trump’s successes.

Democrats at all levels of politics have contributed to the messes that exist in America. The only way to fix the problem is to vote the wacky liberals out of power and put Republicans back in control. They have the plan and the means to get things moving forward again.