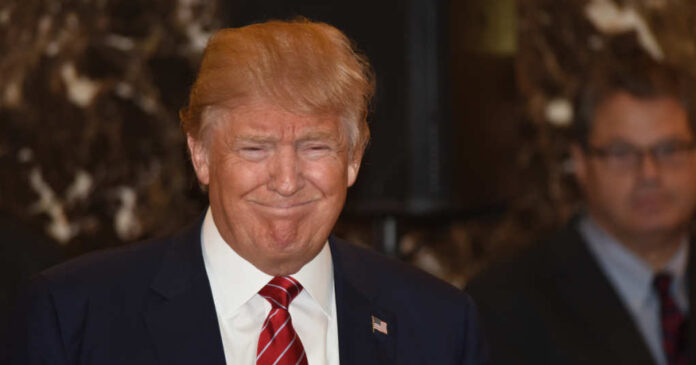 By a katz shutterstock.com

While corruption in D.C. is a normal story, the recent emersion of Hunter Biden as an ‘artist’ has left many Americans appalled. Not just at the horrible use of secret service as security at his gallery, or the astronomical pricing his pieces were listed for, or the suspicion that his ‘anonymous’ donors were in fact well known to Hunter and everyone else. Given the full links between Hunter and Joe’s finances, this could be seen as illegal fundraising.

Never one to miss the opportunity to point out hypocrisy, President Trump gave a statement about these actions, and it has the potential to shock the art world. “While I have never painted before, Hunter has inspired me to immediately begin painting because I’ve always felt I have a talent at that, and could surely get at least $2 million dollars per canvas—and probably a lot more. I will begin immediately. Our Country is crooked as hell!”

This statement comes on the heels of Hunter’s exhibit that reportedly saw 5 pieces sold for $75,000 each, at a large expense to the taxpayer due to secret service protection alone. With Hunter’s back story, lack of formal art training, and relative freshness to the art world left many who even heard about this baffled. Nobody sells pieces for $75,000 apiece their first time out. Even people with celebrity status in other mediums like music, acting, or sculpting doesn’t get prices like that.

Now if President Trump does in fact start painting, it could potentially fund his entire re-election campaign in 2024. People have been willing to pay a very high price to get close to the man when he was a real estate tycoon. Since running for office it only grew stronger. Now to own a piece of his art? That would be priceless. Would he paint Maralargo? Melania? Ivanka? Any subject he chooses would sell and people would love it. Art galleries that have avoided political works would clamor to have pieces on their walls.

This isn’t the only corruption going on in D.C. under the Biden helm Trump touched on in his statement. “Isn’t it terrible that all of Andrew McCabe’s benefits, pensions, salary, etc., were just fully reinstated by the Justice Department? This is yet another mockery to our Country…Among other things, McCabe’s wife received hundreds of thousands of dollars in campaign contributions from Hillary Clinton and the Democrats while Crooked Hillary was under investigation, which was quickly dropped, of course.”

This corruption has been going on for decades. Looking back at how things have transpired, it seemed like the corruption became more publicly known around the time Biden first found himself in any office and has only grown stronger with every term this man serves. Given his flip-flop on various stances, inability to keep his own finances straight, and his failure of a son making a mockery of America, when will someone finally stand up and tell people this is wrong?

President Trump has always had a way with words and has cut through the bullshit in politics and American society for decades. He found a way to showcase the American dream by learning great lessons and pushing people to improve their lives. Until he ran for president and was attached by the Democrats he was revered nearly everywhere he went. People loved the man, and many still do. He has been a sign of American success for decades and has shown the people how to give back. Perhaps now more than ever we need that truth and transparency. Thankfully he has found a way to keep his voice after the Democrats pushed for him to lose his social media presence!!!