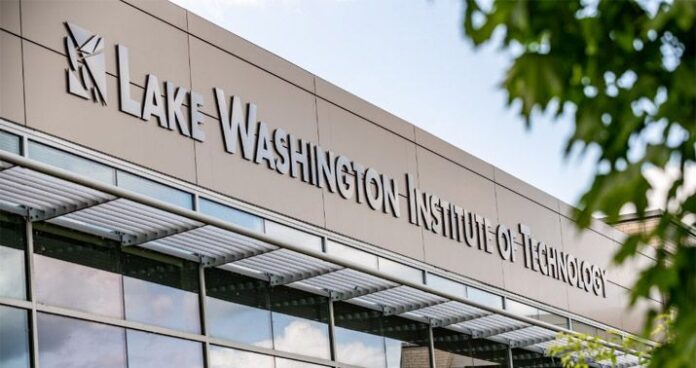 Jesse Singal’s new piece for Reason about an English professor named Elisa Parrett is a great read. Parrett works for the Lake Washington Institute of Technology as a teacher. After the George Floyd tragedy took place this summer, the school held an event called Courageous Conversations. The event was based on the teachings presented in Robin DiAngelo’s book White Fragility.

Parrett was not about to let the event come and go without offering up her own opinion. She wrote a statement before she arrived and other professors are said to have offered their input. Singal was able to obtain a recording of the meeting and now he is sharing her words with the rest of the world. This excerpt is sure to raise a lot of eyebrows:

“About an hour and 20 minutes in, Parrett said, “Hi, I would like to speak, if I may.” The moderator replied, “Mm-hmm,” indicating that she could go ahead. Parrett then explained that she had noticed something she was hoping to point out to the group and asked if she could have five minutes to read a statement she had prepared. The facilitator didn’t respond to this (at least not audibly), and a beat later Parrett continued.

“Over the past couple of weeks, a lot has happened,” Parrett began. “Protests have occurred, riots have broken out, people have been killed. And across the United States, companies, organizations, and schools have proclaimed their support of a movement called ‘Anti-racism’”—here Parrett was referring to the capital-A variety.

Parrett went on to complain about the segregated setting of the training and what she saw as the generally closed-minded nature of the nation’s post-Floyd discourse. “Democracy thrives on conversations, but what we are seeing happening right now in the United States is not a conversation,” she read. “It is a coup. Everyday Americans of all colors, creeds, backgrounds, and beliefs are being held hostage. Zealots are telling us, ‘You’re either with us or against us, and if you’re against us, you’re an evil bigot.’

They are telling us, ‘You’re either part of the solution, or you’re part of the problem.’ They are telling us that all people may be classified into two sides: us or them, Democrat or Republican, liberal or conservative, people of color or white, righteous or bigoted, oppressed or privileged. I don’t accept such false dichotomies, and I don’t accept the ad hominem implications that come with it.

Too often, words like ‘privileged,’ ‘defensive,’ and ‘fragile’ are just ways to dismiss what another person has to say. Too often, words like ‘racist’ are just a way to intimidate someone into silence.” Parrett argued that people should work together to solve “real problems like wealth disparity, poverty, job insecurity, unemployment, the high cost of living, or the fracturing of the nuclear family, whatever form that family takes,” but are waylaid by those who claim the “real problems” are “racism, sexism, transphobia…[and] hateful words.”

“Thank you, Elisa,” said the facilitator, cutting Parrett off about three minutes into her remarks. “No, you don’t get to cut me off—I’m going to finish what I have to say,” she responded. “I’m going to ask that you share the platform with the rest of the 200 nearly people who are here today,” replied the facilitator. But Parrett continued for about another minute, telling the all-white attendees of the mandatory, segregated conversation that universities should be places where “ideas could be discussed, explored, debated, and assessed”—and that “this is not that.”

Now, she is fighting for her job and has only been able to remain on staff because of her tenure. This is how the “anti racists” work. Parrett is safe for now but her job spent a whopping nine months trying their best to remove her! Biden’s America, everyone.