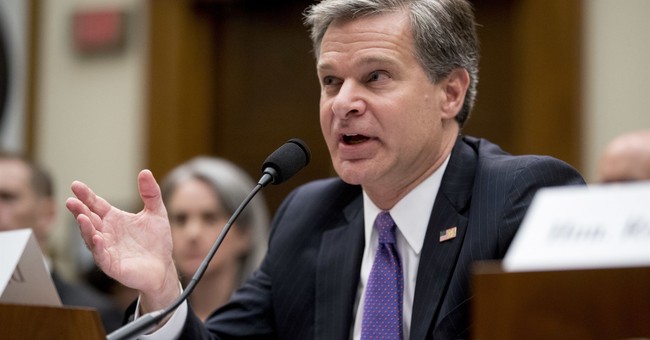 I’m hardly breaking news here, but the FBI (and by virtue, the DOJ) continues to be a vindictive, politicized dumpster fire of an organization.

Today, the indictment of Republican Rep. Jeff Fortenberry was made public after the congressman’s wife put out a statement. Fortenberry was being previously investigated for illegal campaign contributions following a fundraiser in Los Angeles in which a foreign national gave people money to donate. That made the donations in question illegal.

In the end, there was no evidence that Fortenberry had any knowledge of what happened, yet he’s getting indicted anyway. On what grounds, you might ask? Well, you’ll be less than shocked to learn a supposed process crime lies at the center of the prosecution.

This per KLKN-TV, a local Nebraska station.

FBI agents originally contacted Fortenberry’s at their home in 2019, according to the Fortenberry press release.

“The agents said they needed his help. Jeff assumed he was one federal official helping other federal officials in the cause of justice. His instinct, as yours would be, was to help. So, he talked to them,” wrote Celeste Fortenberry.

Fortenberry plans to fight the claims brought upon him.

“I don’t know why we have been called to fight this fight. But we are fighting it, with everything we’ve got, for our family and for America,” wrote Celeste Fortenberry.

Fortenberry denies he lied to the FBI, and as of now, there are no further details about exactly what he’s being alleged to have lied about. You can bet it’s some technicality like mixing up a date or number as that has been the DOJ’s pattern when dealing with Republican officials and operatives going back to the Donald Trump era.

This should serve as another lesson in why you should never speak to the FBI under any circumstances unless compelled, and then only with a skilled lawyer present. They are not your friends, and Fortenberry’s naivete in trusting them might cost him his career. There was no reason for him to cooperate with their investigation, and he should have known they weren’t just looking for his “help.”

But what strikes me the most about this isn’t the indictment itself. Maybe Fortenberry did lie about something, even if irrelevant or small. No, what strikes me the most is the gross double-standard of justice that continues to play out at the federal level. This indictment is being announced within a week of formerly disgraced FBI official Andrew McCabe being reinstated and given his retirement. What was his ultimate punishment for lying to the FBI on multiple occasions? The answer is absolutely nothing. He was never charged and now gets to live on the taxpayer dole for the rest of his life while appearing on cable news.

There are two separate justice systems in this country, and if you are reading this, you probably aren’t in the club that gets to avoid prosecution for lying repeatedly to the FBI. It’s not just that, though. There have been numerous pieces of evidence pointing to campaign finance fraud by the likes of Ilhan Omar, including her using campaign funds to pay her husband hundreds of thousands of dollars, yet there hasn’t been a hint of an investigation. Odd, right?

Except it’s not odd at all. If you are a Republican, the FBI will find something to nail you on if you cross their path. If you are a Democrat, you get a free pass. That’s the pattern, and it’s impossible to ignore at this point.