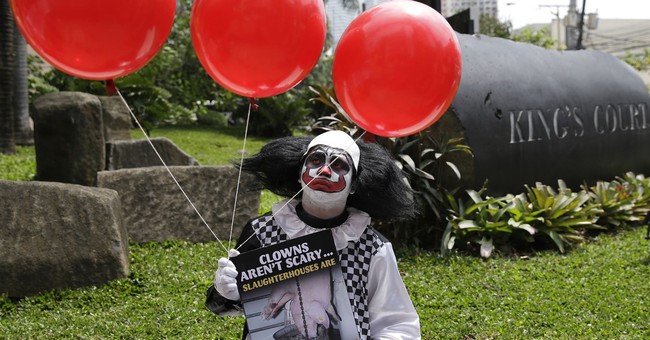 If you’re over 30 years old, you probably watched MadTV at some point. The 1990s were truly a golden age for television comedy, with greats like Chris Farley headlining Saturday Night Live before it collapsed into partisan obscurity decades later. Meanwhile, now-classics like Seinfeld and Friends dominated the primetime ratings.

One skit MadTV used to do was called “Lowered Expectations,” a dating service parody that poked fun at weird and unattractive people. This was back when you could actually make jokes about how people look because you could make fun of anyone back then and everyone just had a good time with it.

Well, I’ve got good news. Lowering your expectations isn’t just for comedy shows anymore. It’s also what the Biden administration wants you to do as we struggle through the current supply chain crisis. I mean, sure it’d be nice to be able to put gas in your car and buy food, but aren’t you flaunting your privilege by expecting such luxuries?

(related A Perfect Storm of Government Involvement in the Supply Chain)

Some of the quotes from that article are just *chef’s kiss* choice perfection. Gov. Ron DeSantis’ press secretary shared a few on social media since the article itself is paywalled. Yes, apparently people pay for brilliant analysis like this.

Did you catch all that? You are just spoiled and at least it isn’t as bad as the 1970s (yet). Heck, you should be thankful that bakeries still exist at all. Check your privilege and realize that none of this is the president’s fault even though it’s all his fault.

I’m trying to think of a worse way to defend Biden, and I’m coming up blank. A message of having lower expectations is a wholesale admission that the president has failed. Further, I just don’t think anyone is going to buy it. Supply chain issues are what happens when you mix ridiculous labor provisions with an unnecessary infusion of government money into the economy. The increased demand right now is not organic. It’s driven by a scarcity of workers and products caused by the Biden administration.

If we are now at the point where Biden’s defenders are admitting things are bad but that the real problem is working-class Americans wanting to be able to buy beef, you know they have nothing left. A plea to lower expectations is the kind of thing you pull out as a last-ditch effort to save a collapsing administration. It’s a cheap deflection of blame, and it never works. Just ask Jimmy Carter.