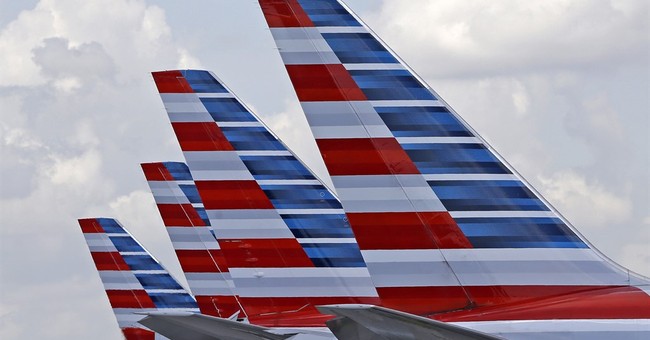 When President Biden first declared his desire to force vaccine mandates on businesses he was operating from a stance of perceived strength. There was a new variant on the horizon, vaccination rates were dipping, and the press was in full-throat in calling for controls on the populace. He was feeling empowered, but in the ensuing months, there has been a remarkable amount of pushback, and the regular stumbles by him and his administration have sapped any leverage he thought he possessed.

While a number of businesses capitulated to the impending mandates ahead of implementation, many have been faced with resistant employees. News has come from Southwest Airlines that they are stepping back from the strong implementation of the mandate. By December 8, employees were set to either be vaccinated or face what was essentially a furlough. Now the company has changed that stance, as it has been facing pushback from a number of areas.

In a letter sent to employees, it is now saying that those who are remaining unvaccinated due to medical reasons or religious opposition will be placed under review while retaining their employment status.

Southwest’s senior vice president of operations and hospitality, Steve Goldberg, and Julie Weber, vice president and chief people officer, wrote to staff on Friday that if employees’ requests for an exemption haven’t been approved by Dec. 8, they could continue to work while following mask and distancing guidelines until the request has been reviewed.

“This is a change from what was previously communicated. Initially, we communicated that these Employees would be put on unpaid leave and that is no longer the case,” they wrote in the note, which was reviewed by CNBC.

The company, like many others, has been grappling with conflicting influences. Government influence has pulled them in one direction, while staged protests have been pushing in the other direction, as well as labor groups. Already, the Southwest pilot’s union filed a lawsuit seeking to block the mandate on employees. Additionally, the CEO of the airline, Gary Kelly, came out last week to lay blame for the mandate entirely at Joe Biden’s doorstep.

“I’ve never been in favor of corporations imposing that kind of a mandate. I’m not in favor of that. Never have been,” Kelly said in one interview. “But the executive order from President Biden mandates that all federal employees and then all federal contractors, which covers all the major airlines, have to have a [vaccine] mandate.”

Just adding to the tumult behind Biden’s strong-arm attempts is the fact that now over one-half of the states are putting up legal fights to the mandate. Over two dozen governors and/or state attorney generals have pledged to fight back against these forced orders. Governor Ron Desantis has been upfront and particularly vocal about looking to protect government workers against this threat to their livelihood.

When you have a president like Biden issuing unconstitutional edicts against the American people, we have a responsibility to stand up for the Constitution and to fight back, and we are doing that in the state of Florida. This is a president who has acknowledged in the past he does not have the authority to force this on anybody, and this order would result potentially in millions of Americans losing their jobs.”

This step by Southwest is a significant one, considering all airlines are federal contractors and therefore under strong governmental requirements. Meanwhile, Biden’s mandate has yet to be fully implemented. His declared intention was to use OSHA as the tool to force compliance within companies with 100 workers, but so far, this step has not been completed.

Looking through the OSHA website regarding the COVID Emergency Temporary Standard, which is the tool Biden was going to employ for his mandate, it has not been applied to broader industries. Installed in June, it has yet to apply to any companies beyond the medical profession. From that source:

To assess the ongoing need for an Emergency Temporary Standard for healthcare and related industries, the Occupational Safety and Health Administration (OSHA) has reviewed the latest guidance, science and data on COVID-19 and has consulted with the Centers for Disease Control and Prevention (CDC) (through the National Institute for Occupational Safety and Health) (NIOSH)). OSHA has determined that the requirements of the healthcare ETS released on June 10, 2021, remain necessary to address the grave danger of COVID-19 in healthcare. OSHA will continue to monitor and assess the need for changes in the healthcare ETS each month.

So to this point, the airlines are not even under a direct order from the federal occupational division. It is not clear if there is a planned date for this to be fully applied, or if Biden was playing a cagey political game by threatening the mandate and watching companies obey before it was delivered in full, thereby sidestepping culpability down the road and saying they complied and he did not need to force a mandate.

If that was the case, his gambit is unraveling now, as there is a growing wave of stark resistance to his ploy.