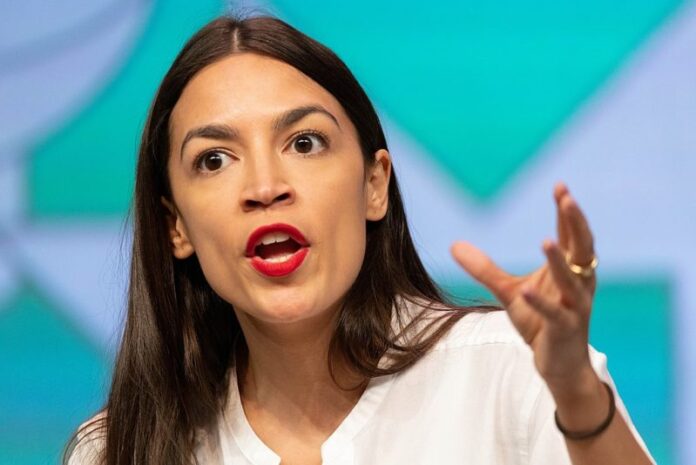 It’s become clear that you’re either with Alexandria Ocasio-Cortez or you’re against her. There is no in-between.

There have been some vulnerable Democrats who need some help if they’re going to maintain their seats in 2022. They’re struggling in every way possible – and that includes the campaign cash needed to keep their ads running.

AOC quickly wired $5,000 into the accounts of several of the vulnerable Democrats.

Wait, did anyone ask these Democrats if they wanted AOC’s help? No.

Did AOC provide them with knowledge of doing this before she simply went ahead and did it? Also, no.

The DCCC, too, didn’t bother to ask permission of the Democrats in question.

Guess what? They don’t want AOC’s money. In fact, many are giving it back because they don’t want to be associated with AOC in any way.

Democrats are clearly not on the same team. A win for one is not a win for all.

AOC has been vocal about being a Socialist Democrat. Many in the Democratic Party blame her and her socialist views for the reason why so many seats were lost in the House.

Although AOC won her seat, others lost their seats because they didn’t want to be associated with such a liberal party. People who had voted blue all their lives were suddenly deciding to vote red.

Vulnerable Democrats said that they would rather take their chances than take a handout from AOC. They didn’t want to be associated with that money trail because they felt the support of AOC could be politically damaging. It wasn’t worth the money.

Particularly those who are in swing districts felt it necessary to give back the money as quickly as possible. They didn’t want to take the chance of the GOP turning it into an attack.

There’s a bigger problem than AOC deciding to give away some of her campaign dollars to fellow Democrats. Many who received such contributions are demanding an explanation from Representative Sean Patrick Maloney, the new DCCC chair. The Democrat out of New York and his staffers had no problem handing bank transfer info over to AOC without providing knowledge of it or asking for approval.

What AOC did may end up hurting the Democrats she tried to help, even if they do give back the money. The contribution records from the Federal Election Committee will show AOC’s name on the records. Whether they give the money back or not, her name will remain.

The National Republican Campaign Committee can use this to their advantage. After all, it is often seen as a bad thing when moderate Democrats have ties to liberal AOC because of her radical socialistic views.

A list has already been established by both the DCCC and the NRCC of who the vulnerable Democrats are. They’re in swing districts as well as in districts where Biden lost or was within a mere 5% margin to losing to Trump.

If the vulnerable lose their seats, it’s the opportunity that the GOP needs to obtain the majority. This means that the Biden administration has only two years to make real changes – hardly enough based on all of the liberal agendas they’re trying to push through.

All it takes is a few Democrats trying to overstep their power. AOC tried to shove money at Democrats who didn’t even ask for help. Pelosi is constantly pushing her partisan agenda on everyone.

It’s only a matter of time before the Republican advantage is within reach.

As for the moderate Democrats, they may come to the GOP side in due time, especially as they continue to look at ways to separate themselves from the liberal nonsense that AOC continues to spit out.