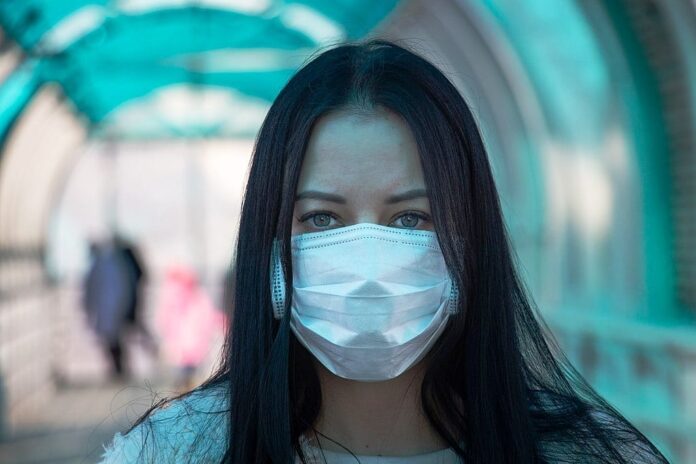 In the last few weeks and months, we’ve seen a growing trend across the nation to refuse government mandates on coronavirus-related restrictions such as wearing masks. States like Texas, Florida, Indiana, Alaska, Arkansas, just to name a few, have already dropped the ridiculous guidelines that suggest everyone should be wearing a face mask or some sort of facial covering whenever in public to stem the spread of COVID-19.

Alaska Governor and staunch Republican even took to Twitter recently, literally telling President Biden that he could “keep” his one-size-fits-all mask mandates.

According to those states and their leaders, the masks are no longer needed, as the number of COVID cases and deaths nationwide continues to drop. But additionally, most also believe that the mandates are inherently wrong and infringe upon the American people’s constitutional rights, forcing them to wear masks.

And that is precisely why the state Senate of Arkansas just passed a bill that will block the state’s governor from ever again implementing a mask mandate.

So when the state mask mandate, which was initially put in place in July of 2020, expired on Tuesday without Governor Asa Hutchinson moving to keep it in place or reimpose it, senators opposing the mandate were quick to put forward a bill that would forever ban it.

The sponsor of the bill, Republican Senator Trent Garner, says that its purpose is to prevent further government overreach and the trampling of the American people and their rights.

According to The Associated Press, he said, “What this bill does is make sure we don’t have that happen again, by executive order or by government fiat.

Garner points out that the bill, while not allowing the government to make such mandates, does nothing to prevent private businesses or companies from making such guidelines or regulations on their own properties. The sole point is only to limit government.

However, Republican Governor Hutchinson is less sure of this. While he doesn’t precisely oppose a ban on the limits of governmental power in this way, he is concerned about how it will affect the private sector.

According to him, banning the government from imposing a mask mandate would essentially tell private businesses that they shouldn’t be doing it either.

“The bill is pointless, except it would prohibit private businesses, schools and hospitals from requirements for face coverings,” per the AP. Hutchinson adds that because of this, “This is not a good idea, and I would veto it its current form.”

The bill still has to go through the state’s House of Representatives before it would get to the governor’s desk, which means there is a chance it could be altered a bit to make sure private companies would have the right to impose mask regulations as they see fit if it would actually prohibit them from doing so.

If state leaders and lawmakers can find a simple solution around this hurdle, I can see this being another part of the trend that is quickly taking over America.

Americans, who are now receiving the vaccine and don’t feel the need to remain couped up and covered up, want to get on with their lives. And that begins by reminding the government that people have rights.

Besides, it makes little sense for the federal government to force its citizens to wear masks to “keep them safe,” all while allowing a massive flood of uninoculated, untested, unmasked, and undocumented illegals to cross into our communities and neighborhoods.

If Biden’s administration really wanted to keep us safe, he’d close off the borders and allow Trump’s border wall to be completed. That would not only lessen the medical threats we are already seeing affect our southern and border state populations but would also increase America’s ability to financially recover from the last year of lockdowns without a massive number of illegal workers taking our jobs.

Of course, that would require Biden to say that Trump was right and he was wrong, and we all know that won’t happen.