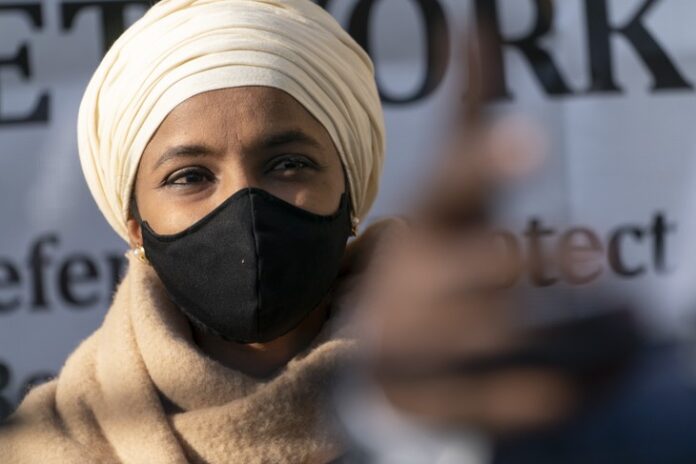 Liberals aren’t too big on using tact when they’re after something. No one exhibits that more than Democratic representative Ilhan Omar. As soon as there is death, she is there to exploit it in any way that benefits her.

A Capitol police officer was recently killed by a man who drove through one of the barriers at the Capitol building. Within hours, the Minnesota representative was using it to her advantage.

The person who drove through the barriers had a weapon – a knife. He lunged at the Capitol Police after getting out of his car. The CP shot and killed him before he had the chance to kill anyone else.

One officer died and the other was injured enough to have to go to the hospital.

Heartbroken to learn another CP was killed while protecting the Capitol. My thoughts and prayers go out to the officer’s family and the entire Capitol Police force. The death toll would have been worse if the assailant had an AR-15 instead of a knife.

Omar did the same, but it was politically tainted. She tweeted that she was “heartbroken” to learn of what happened and that she was sending thoughts and prayers to the officer’s family. Then, she decided to go political.

In the same tweet where she offered her condolences, she said, “the death toll would have been worse if the assailant had an AR-15 instead of a knife.”

Every tragedy is an opportunity to exploit for politics… https://t.co/dRs3MUqOo0

Wow. What a way to make it all about gun control.

The problem with her tweet is that it’s insincere. She didn’t mean any of it. The death was simply a way to discuss gun violence.

Whoa much worse take than I was expecting. The fallen officer is equally dead either way, the other fighting for his life. The weapon was a car! https://t.co/cMFGJ1kLXo

She wants to speculate and assume that if the person who drove through the barriers had an AR-15, that the death count would have been higher.

Not everyone can get their hands on an AR-15. Not everyone can afford an AR-15. Mentally ill people will use any means necessary to commit crimes. Banning guns won’t prevent people who want to cause damage from doing so.

It is very possible that if the person had an AR-15, they wouldn’t have gotten any shots off. The CP did their job. They shot the person as soon as he yielded a weapon. The same would have happened the moment the man presented the gun.

The only thing that Ilhan Omar did was show that she is absolutely tasteless in her ability to use death to push her politics on everyone.

The body wasn’t even cold before she began talking about gun violence. However, this death didn’t fit her argument. A person actually yielded something other than a gun – so she had to get a bit more creative.

As one person on Twitter pointed out, the fallen officer is equally dead whether it was a car or an AR-15.

The way to prevent people from dying is not to ban guns. In Omar’s way of thinking, the violence could have been “worse” if there was an AR-15 involved. The family of the fallen officer would likely argue that it was already worse – they lost a loved one.

Oh, but of course, the suspect was a black member of the Nation of Islam. So, it’s only natural that Ilhan Omar wants to protect him. She would have loved it if the person turned out to be a Trump supporter. Then, she could have blamed the death on Trump.

At this point, someone has died. And it wasn’t because a gun was used. Ilhan Omar is grasping at straws to turn it into a political point. However, none of it is capable of fitting into the argument that she has been making.

The only thing that she has succeeded in is being as tactless as possible. And don’t worry – people have taken notice.