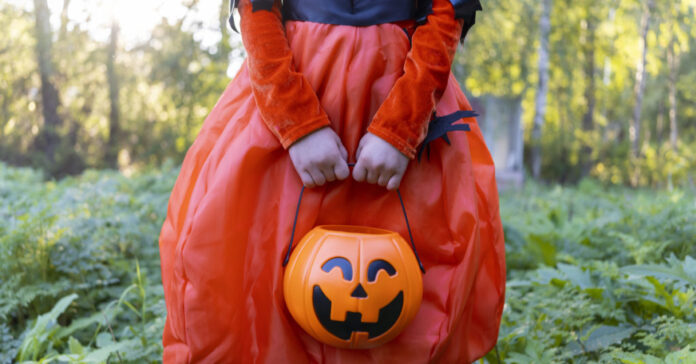 A Seattle elementary school has just canceled a Halloween-themed parade because the school administrators have argued that it “marginalizes people of color.”

Benjamin Franklin Elementary School has actually been deliberating for five years whether or not they should continue the annual pumpkin parade. This year they decided to end the holiday tradition on the advice of the school’s Racial Equity Team.

The annual Pumpkin Parade had traditionally featured a procession of elementary students dressed in Halloween costumes.

A spokesperson for the school recently spoke with Jason Rantz, a Seattle-based conservative radio host. They explained that, historically, the Pumpkin Parade marginalized students of color who did not celebrate the holiday. The spokesperson also said that there were students who requested to be isolated on campus during the celebration of the parade.

“In alliance with SPS’s unwavering commitment to students of color, specifically African American males, the staff is committed to supplanting the Pumpkin Parade with more inclusive and educational opportunities during the school day,” the spokesperson added.

The school is planning to offer different opportunities in place of the Pumpkin Parade. Students may participate in “autumnal work” and “thematic units of study about the fall.” They also might look at “sharing all the cozy feelings of the season.”

Jason Rantz got his hands on a newsletter sent to the parents where the school explained the reasoning behind their decision to cancel the traditional parade.

“Halloween events create a situation where some students must be excluded for their beliefs, financial status, or life experience. Costume parties often become an uncomfortable event for many children, and they distract students and staff from learning,” the letter stated.

The newsletter also said that large events could create changes in schedules, have loud noise levels, and large crowds. It described students experiencing overstimulation and feelings of exclusion. It said that it was generally uncomfortable and upsetting for kids.

David Malkin is a parent that is not happy with the ending of the annual parade. He called it an exercise in affluent white vanity that he called “wokeism.”

Malkin told Jason Rantz, “I don’t see any way in which this actually addresses any inequities to the extent that there are any inequities. You know, this just seems like grandstanding on behalf of the principal and the staff who are predominantly white.”

This parent said that he hated to see events like this being slowly whittled away and destroyed because someone has a “theory” in their head that somehow it is exclusionary when the truth is just the opposite.

The principal of the Seattle school is standing by the decision.

“Halloween is a very complex issue for schools. Yes, I agree this event marginalized our students of color. Several of our students historically opted for an alternate activity in the library while the pumpkin parade took place,” Principal Stanley Jaskot told Fox News.

Jaskot also noted that the parade was an isolating situation and not consistent with the school’s values of being an inclusive and safe place for all our students. He zeroed in on students of color and those with a sensitivity to all the noise and excitement of the parade.

Malkin, who is Asian, said parents weren’t involved in the decision. “I’m sure they don’t want to hear from anyone of any race or ethnicity that doesn’t really want to go along with them in lockstep,” he said.

Parents across the country are voicing concerns about the increasingly “woke” direction of their children’s schools. A number of parents have spoken up about school mask mandates, Critical Race Theory in the classroom, school transgender policies, and the presence of school resource officers to provide security.