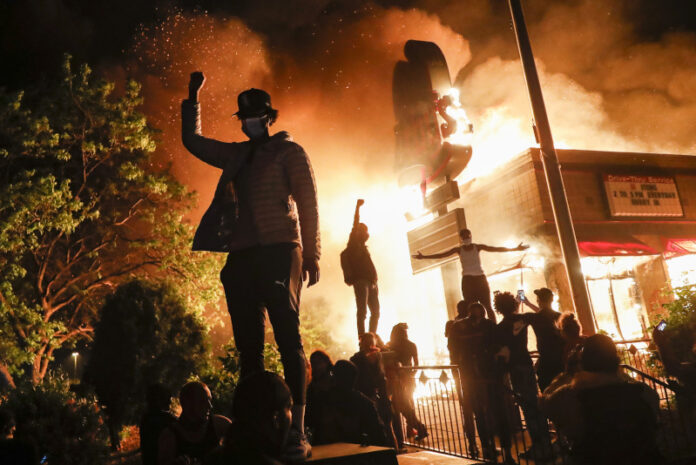 The local school board in Arizona has found out what Arizona parents think about their plan to indoctrinate children with critical race theory, according to a report in The Daily Wire.

The Parents of children attending Litchfield Elementary School District in Arizona are putting up a fight against the district’s “equity plan” that is part of their “Transformation Equity Work” plan centers around the definition of “anti-racism,” which claims that it’s not enough to not be racist, but that educators and parents need to be actively fighting “racism” in all it’s forms.

The ideology was reportedly put together by Boston University professor and author Ibram X. Kendi and according to the equity plan obtained by the Young America’s Foundation, the school district plans to host a mandatory equity training for teachers in which they will review curriculum to ensure that it stands up to their “anti-racist” standards. The district is additionally going to reduce discipline and hire on the basis of race, versus merit.

Not to mention the plethora of other issues that could be pointed out in their plan, the problem of an ever-moving goal line is one of particular concern, considering the vague language being used for how to treat racism, it is entirely plausible that any bazar social justice plan that the left begins to push.

Parents, infuriated over the racism being approved by their school district, brought to the attention of the school board those members who supported the plan even threatening to start a recall campaign against members.

“I’ve done a lot of research into this transformational equity work document as well as [Ibram X. Kendi’s] theory — radical theory — proven without a lot of supporting evidence,” one parent said. “I’m deeply concerned for my kids who are in this district.”

One Hispanic parent called out the system for attempting to convert her minority children to hatred machines, bent on getting the left’s definition of justice:

“My kids are a minority group, I am Hispanic, never once have they come home and said they felt victimized or discriminated against because of their race or ethnicity. Do you wanna know why? Because my children are taught at home the value of people, that you treat people the way that their character and integrity defines them in your view,” she said.

“That is not a place for the district or the board to impose a leftist — and yes I’m going to make it political because that’s exactly what this document is — leftist rhetoric that has no place in our schools,” the parent said.

Another parent stepped up, saying that the racist document was the antithesis of what Americans fought for during the push for equal rights.

“The document references reducing disciplinary action by race, reviewing library books, and hiring based on race, ethnicity, gender identity, faith, sexual orientation, socio-economic class, and age,” she said. “We fought a battle for equal rights in this country. This doesn’t sound like equal rights.”

Yet another parent spoke for more than a dozen teachers who are reportedly upset about the proposal, saying that educators feel are upset about the curriculum but feel they can’t speak up for fear of “retaliation and possible discrimination.”

One of the parents spoke for every conservative parent faced with critical race theory saying, “You’re not going to tell me that your efforts are better focused on something like Kendi’s theory than on my child’s academic success. That is not what you’re here for, that’s not what the educators are here for.