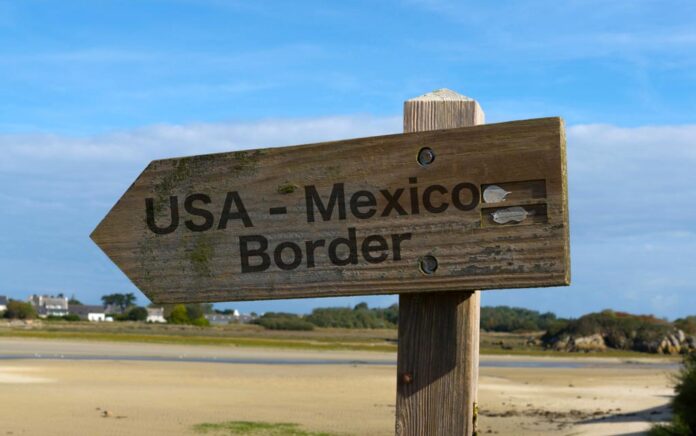 As a presidential candidate, Joe Biden received great pleasure in wagging his arthritic finger in Donald Trump’s face over his handling of our nations’ ever-increasing border crisis. With all of the labored breath he could muster, Biden claimed this to be his top priority if elected. But as more and more unaccompanied migrant children are being hurled over portions of the border wall to fend for themselves in a new country, where’s Waldo?

It should come as no surprise that a new poll by The Associated Press-NORC Center for Public Affairs Research shows President Biden rapidly losing support. But it may astound you to know that over half of all U.S. citizens sharply disapprove of his apparent lack of concern over the rising number of unaccompanied children showing up at the border since he took office.

Of those polled, 59% said the safety and wellbeing of unaccompanied migrant children should be America’s number one priority. Legal or not, they are innocent children who had no say-so in the matter. Within the same group, 65% agreed that reuniting torn apart families should also be a top priority.

Every bit of this falls on Biden’s shoulders, and it clearly indicates how the old man is not strong enough to support the weight of the task. He’s weak, and as a result, his entire administration is impaired and directionless.

One of Donald Trump’s foremost priorities was border security. A good portion of his campaign was based around it, although unlike Biden has proven, he meant what he said. Trump built new walls and reconstructed the existing ones. He increased both the budget and troop strength of the Border Patrol which enabled them to better perform their jobs, and he granted ICE enough additional authority to flush out illegal migrants who had previously made it through.

Smilin’ Biden assumed it would be a walk in the park to provide the more humane and orderly immigration system he flaunted. And while his administration claims to be diligently working on getting their obvious lack of constructive planning sorted out, they are being hampered by the increasing number of unaccompanied kids who keep falling from the sky above the border walls.

Mindy Kiehl, a 40-year-old residing in Erie, Pennsylvania, approves of Biden’s overall performance thus far but sees where his lackadaisical attitude concerning the southern border is sending the wrong message. “I don’t know how to politically correctly say this,” she said. “I do feel that, because there’s this new administration, that people feel that they can come to the country.”

In all fairness, Biden did have an immigration plan waiting in the wings which was presented on his first day in office, but it was for show. The plan immediately lost gas in Congress where it’s been stalled ever since. Republican lawmakers as well as a good share of leading Democrats say the plan doesn’t stand a fighting chance. It’s rubbish that was tossed together at the last minute.

The proposed plan would give all11 million illegals currently residing in the U.S., an eight-year path to citizenship should they choose to surrender their luxurious free benefits upon raising their hand. According to the poll, only 29% of Americans favor doing this.

America, under Donald Trump, was achieving a firm grip on an older than dirt problem that nobody before him dared to tackle. And it was reflected in the number of new migrants seeking their way into America by hook or by crook. They were deterred from making the journey by knowing what awaited them once they arrived.

But this too passed and the problem at our nation’s southern border is worse than it has ever been. Don’t let anyone convince that things are getting better just because the liberal media is remaining silent. Whatever term lies beyond the word crises, we’re there.