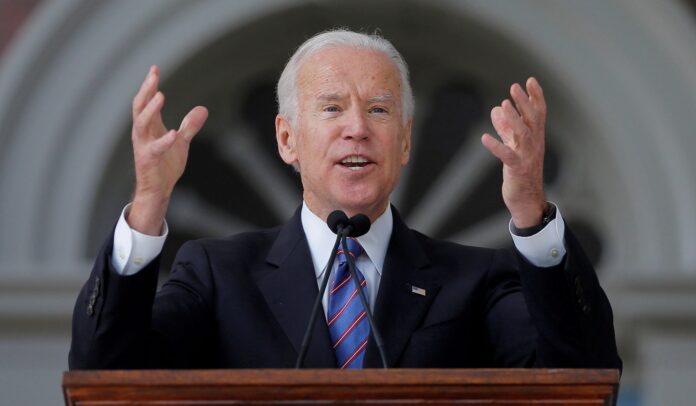 News of a second attack by the same individual on the White House grounds has Americans pushing for resignation as the victim sought medical attention.

CNN reported that the incident, which took place on the South Lawn of the White House, ended in the victim who “was working at the time and needed to stop in order to receive treatment from the White House medical unit.”

The perpetrator, while furry and generally seen as a “good boy” was not a good boy, for this the second time. Major Biden, President Joe Biden’s dog, is “still adjusting to his new surroundings” according to Michael LaRosa, Mrs. Biden’s press secretary who confirmed the biting incident.

“Yes, Major nipped someone on a walk. Out of an abundance of caution, the individual was seen by WHMU and then returned to work without injury.”

Major’s adjustment seems to be taking a month of Sunday’s though since this is the a) the second time he’s lived on the White House grounds and b) bit another White House regular on March 8 when he lit into a Secret Service employee in an attack that also required medical attention for the victim.

According to CNN, “The Biden dogs were returned home to Delaware following the first incident, but President Biden said it was a planned trip and that the dogs had not been banished.”

However, according to The Blaze, Biden said in an  ABC News interview earlier this month that Major “did not bite someone and penetrate the skin” in the first incident, adding that “the dog’s being trained now with our trainer at home in Delaware.”

The dog in question is three years old and was adopted from a shelter by the Bidens in 2018 to serve as a companion for their other dog, Champ, who is about 13-years-old and has not been involved in any violent incidents.

When reporting the incident, CNN said that the younger dog “has been known to display agitated behavior on multiple occasions, including jumping, barking, and ‘charging’ staff and security” since arriving at the White House.

The Blaze’s report indicated that “The White House has downplayed both biting incidents involving Major.”

According to the publication after the news broke of the second attack the White House director of message planning Meghan Hays tweeted a photo of herself with the dog, writing, “Yesterday, I snuck a quick hug from my ol’ friend Major! It’s definitely feeling like Spring around here.”

The jokes at the Bidens’ expense were plentiful on Twitter. Several retweeted the post, “I stand with Major Biden,” while The Daily Wire’s Jon Brown tweeted that “Major Biden should wear a mask.”

Numerous advocates came to the dog’s defense pontificating on the idea that “a nip is not a bite,” and shouldn’t be seen as such a big deal.

Jonathan Turley, a law professor at George Washington University wrote on the subject saying that, “In a prior column, I noted that under tort law a dog is afforded (at most) ‘one free bite’ before strict liability applies. Major could now be treated as a known vicious animal for liability purposes.”

Business Insider took a much lighter tone in (what this writer believes to be) a satirical piece calling for Major’s resignation in light of the recent “scandal.”

BI’s Many Fidel’s said in his opinion piece that “these dogs have a huge platform. Indeed, over 7,500 people attended Major’s “indoguration,” an event so big it landed singer Josh Groban as its musical act. Their popularity and influence cannot be overstated …”

“They had an opportunity to meet this role with dignity, and instead, have behaved, unlike any major or champion I’ve ever heard of. By breaking our trust, they have conceded their inability to lead, and they must resign as White House pets. For the good of the White House staff and the country, they should return to being civilians, perhaps spending more time with family in Delaware.”