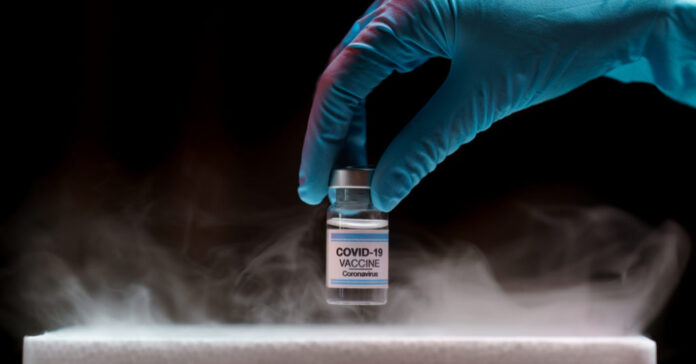 The state of Florida is backing up the passed laws prohibiting counties from enforcing Biden’s vaccine mandates. One County in the state is trying to defy state law by covertly enforcing Biden’s wicked mandate. Leon County is forcing its people to get the shot or lose their job. So far, they have fired over a dozen people for refusing to submit to the wicked mandate. The fired people had their health privacy violated when they were asked to show proof of vaccination.

The Florida Department of Health heard about what the County was doing and levied a $3.5 million fine on the County for its refusal to follow state regulations and law. Leon County has violated the law 714 different times. The country administrator is Vincent Long, and he is vowing to fight the fines because he feels he is right.

Long stated that “By way of media reports, Leon County was made aware of a notice from the Florida Department of Health regarding the County’s vaccination requirement. There is a genuine disagreement about the applicability of the statute and rule, and the County will enforce its rights using any remedies available at law, if necessary.”

Ron DeSantis spoke out against Leon County for firing 14 of their people. He has maintained that jobs will be protected, and a person cannot lose their job simply for refusing to provide healthcare information that should remain private.

DeSantis stated that “You don’t just cast aside people who’ve been serving faithfully over this issue over, what’s basically a personal choice on their individual health. We cannot let these folks be cast aside. We cannot allow their jobs to be destroyed and their families and livelihoods, potentially, to be destroyed as well.”

Joe Biden’s attempt to rule the country will fail because people such as DeSantis are standing up for the people. The liberal leaders cannot force their way into private lives and exterminate someone’s job simply because they do not want to submit to forced vaccinations. The Floridian governor signed a law that banned businesses from demanding proof of vaccinations. He even signed a law that bans vaccine passports. No one in the state of Florida has the right to demand proof of the shot. People have the right to their privacy and freedom when it comes to their health choices.

Joe Biden has tried to force lockdowns, vaccine regulations, school mask mandates, and many other socialist things. The Republican governors are fighting back and protecting the rights that the Constitution guarantees. Florida is just one of many states that have banned federal law from being enforced within its borders. Any person found violating the law will be subject to the law issued by the state.

Leon County has turned its back on the people living there. By firing 14 people, they have jumped into bed with Joe Biden and his wicked plan for America.

DeSantis said very clearly that “Over the last year we’ve avoided protracted lockdowns and school closures in Florida because I have refused to take the same approach as other lockdown Governors. This legislation ensures that legal safeguards are in place so that local governments cannot arbitrarily close our schools or businesses.”

Florida is a state where the people will stay free. They will not have their freedoms taken from them by a maniac on a power trip. Joe Biden has betrayed the country, and his seductive party seems to want to protect him at all costs. They share in his crimes.

The idea of vaccine passports divides the country into two different classes of people. There will be those who are vaccinated and those who are not. It is no different when people of color were told they could not ride the bus because of the color of their skin. The Democrats have brought back the segregation of the country.

DeSantis revealed the liberal’s plot when he stated that “requiring so-called COVID-19 vaccine passports for taking part in everyday life — such as attending a sporting event, patronizing a restaurant, or going to a movie theater — would create two classes of citizens based on vaccination.”

The governor is not against the vaccine. He encourages and recommends that people get it. But when they make the personal choice not to get the shot, he respects that decision and does not try and force them to obey. And that is what makes America a great place to live.