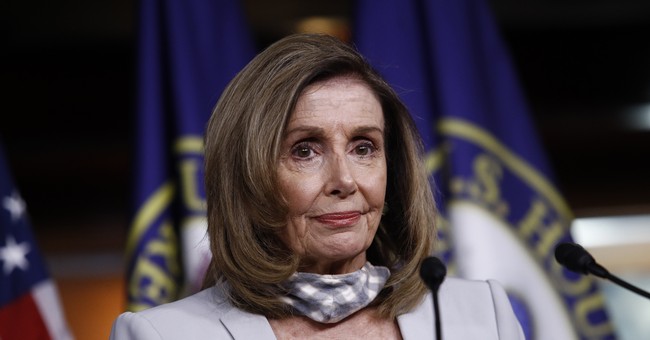 Investigative reporter Carl Bernstein, best known for reporting on Richard Nixon’s Watergate Scandal, told CNN he smells the same kind of rat in the so-called “insurrection” at the U.S. Capitol building on January 6, leading to a months-long criminal investigation that has seen the arrest of more than 600 of our fellow citizens. Criminal charges have included trespassing, assault, and vandalism of the Capitol building.

Now Fox News’ “Life, Liberty & Levin” host Mark Levin has a few questions of his own.

As reported by The Blaze, Levin said he doesn’t condone the behavior of those charged with crimes but does disapprove of the treatment of those who continue to be held as they await trial. The Blaze noted that many detainees were forced into solitary confinement to await their court date.

“What did Pelosi know and when did she know it?”

Levin also teed off on CNN, the network’s pathetic post-Trump ratings, Bernstein, and the so-called “coup.”

“CNN’s ratings really don’t exist. They don’t have a single primetime show with a million viewers. […] So they bring out this guy Bernstein, of Woodward and Bernstein, and he’s a real menace — a real reprobate.

“He compares everything to Watergate: ‘This is worse than Watergate.’ There he was, all during Russian ‘collusion’ — they roll him out and he’s lying about Donald Trump, lying about connecting the dots. [..] So let’s take a look at this; he’s talking about another ‘coup,’ on January 6.”

Bernstein: “There has been a coup — led by the President of the United States to undermine the Constitution and possibly and likely a criminal conspiracy, as well. All of these things that are laid out in the report” — Levin stops the tape and says:

“He’s talking about the Democrat Party majority report out of the Senate Judiciary Committee […]. You know, ladies and gentlemen, there is a criminal investigation — I make no excuses for that but the vast majority of those 630 people did nothing.”

Democrat obsession about all things January 6 continues to focus on the Devil’s spawn, Trump, including, as I reported earlier, the self-deluded California Democrat Rep. Adam Schiff, who hilariously told equally hilarious MSNBC, bless his heart:

Speaking of Pelosi, “coups” and such, as my colleague Nick Arama reported on Thursday, it was Pelosi who pushed Chairman of the Joint Chiefs of Staff Gen. Mark “Critical Race Theory, Systemic Racism” Milley to act against Trump by trying to interfere with his sole authority to launch nuclear weapons.

In addition, Judicial Watch announced on Thursday it has filed a FOIA lawsuit against the Department of Defense about Pelosi’s January 8, 2021, phone call with Milley.

While we’re blistering Pelosi, here are a few of our recent beatdowns of Madam Speaker:

In Which Nancy Pelosi Inadvertently Makes the Case for Glenn Youngkin