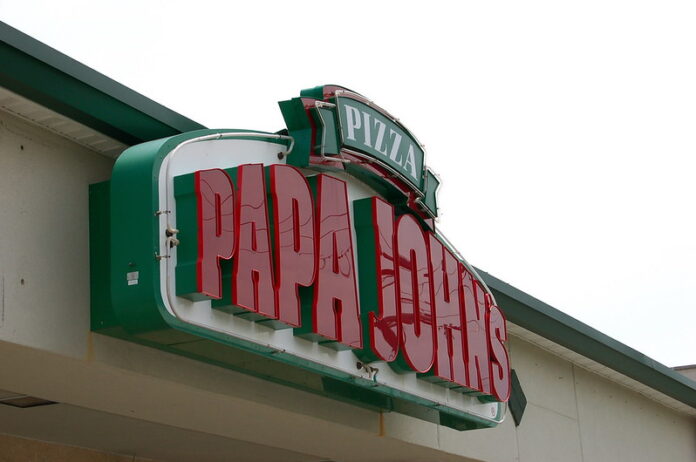 The radical left has no problem digging into the American dream and destroying it for people. And what is genuinely anti-American is when they use their employment positions to destroy the livelihoods of fellow Americans based on political stances and beliefs over certain events. The Democrats have proven on multiple levels that they are willing to hurt and kill just to keep their views as the dominant force in America.

Papa John’s Pizza is the latest attack of the demonized liberal left. The company had hired a public relations firm to promote its brand. The idea was to promote the pizza in such a way as to create a favorable response so that more sales would happen.

The hired firm thought they would work against Papa John’s Pizza because its staff did not agree with the owner’s political beliefs. Once the issue came to the surface, there were charges filed against the firm. And now that there is evidence to support the allegations, the firm looks all but defeated.

It was revealed that the executive in the firm threatened Papa John’s Pizza with destruction if the company failed to pay them $6 million. The mafia-style tactic of blackmail was being used to force the pizza company to pay up or prepared to be buried.

John Schnatter is the founder of Papa John’s Pizza. He had been targeted by the media negatively because of his views concerning the kneeling of players for the national anthem. Over the course of several months, the NFL made it a point to hurt shareholders, which has led to the hiring of the PR firm Laundry Service, which is to work at fixing the pizza companies issues.

The call reveals that Jason Stein, Laundry Service’s founder, would openly mock Schnatter as if he hated his guts. Schnatter stated that “What bothers me is Colonel Sanders called blacks n******. I’m like, I’ve never used that word. And they get away with it… Yet we use the word debacle and we get framed in the same genre. It’s crazy.”

Stein would also be recorded as saying, “I hope he gets f***kin’ sent out to the pasture on this sh**. I really, really f***kin’ do.” What is truly ironic about this meeting is that there was not one lousy liberal that thought they should shut the recording device off before continuing with their hateful conversation.

Stein had a mouth that needed to be cleaned up. His hatred for the views of Schattner was enough to make him go crazy. He is a typical picture of a liberal Democrat that cannot contain themselves when confronted with issues they disagree with. The Democratic party acted the same way towards Donald Trump when he would not do what they ordered him to do.

Stein and his PR firm is nothing more than a mafia’s den of thieves. They wanted to maliciously destroy someone that was taking a stand for what he believed to be correct. And instead of letting Schnatter voice his opinion, they turned on him like a pack of wolves and tried to destroy him publicly racially.

In typical liberal fashion, the PR firm is trying to spin this lawsuit against Schattner by claiming, “Now, almost a year and a half after Schnatter suffered public backlash for his own conduct, he sues defendant Laundry Service, … and defendant Wasserman Media Group … in an effort to blame them, contrary to facts, for allegedly leaking Schnatter’s use of racially explosive language.”

Stein should have been a grownup and realized that he was violating the law by secretly recording a meeting for the sole purpose of harming the public image of another person. Just those actions alone, he can be found guilty of libel and slanderous attacks. And in a court of law, the one that was harmed will easily win their case.