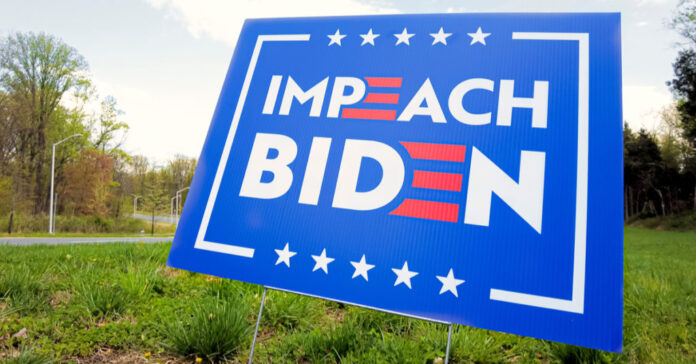 Americans have known for a while now that their frustration for President Joe Biden wasn’t going anywhere. From what most conservatives could tell, even the people who voted for him didn’t really believe in him, they were essentially just *not* voting for former President Donald Trump.

But American politics are just that, American, right? Not so. We saw it with international outrage over the death of George Floyd in the summer of 2020 and we’re seeing it again. Essentially, Floyd’s death was so outrageous, so egregious that there was an immediate feeling that something must be done.

Turns out, the same is true for Biden’s failed administration, and the international response from the people (not the politicians, mind you) is on point.

According to a report in The Western Journal, there is an “expletive-powered chant” ringing through countries around the world, denouncing the sitting U.S. president. It began in America’s heartland at NASCAR races, college football games, and, then, picked up enough speed to jump the pond.

Both traditional and social media outlets were ablaze with the reports that Saturday saw protesters in Rome chanting “F*** Joe Biden,” which could be heard down the streets surrounding the U.S. Embassy despite the lockdown taking place. But it’s no wonder the outrage is taking hold, since the nation is facing the possibility of a “Green Pass” which will require Italians to show proof of their COVID-19 vaccination or recovery within the past six months, or a negative test within the past 48 hours, to go to work.

Another possible reason for the outrage is that House Speaker Nancy Pelosi was on her own visit to the ancestral home of her supposed religion, having a meeting with Pope Francis. The leader of the House of Representatives is not well-loved among many, including many Italians, apparently, and when Pelosi and her husband came for Mass in Rome’s St. Patrick’s Church, it was apparently too much.

Interestingly enough, the expletive-laden chant got a “family-friendly” version being used in places where frustrated Americans say “Let’s go Brandon” in cases where they’re unwilling to drop an f-bomb. That variation arose out of an assertion by an either ignorant or mistaken NBC reporter who claimed that a NASCAR audience was chanting “Let’s go, Brandon,” after driver Brandon Brown’s victory at Alabama’s Talladega Speedway when viewers could clearly hear the crowd chanting “f*** Joe Biden.”

The updated version took hold and has been used at a plethora of college football games and other events where any crowd of frustrated Americans was gathered, either to protest or for something else and found some friendly voices to join in.

According to The Western Journal, these were not protesters gathered in dark clothing to do damage. They were everyday, middle-class Americans looking to remind their fellow citizens that they deserved better than a potentially criminal election and a president that undermines the country.

TWJ reported that in “ just nine months into his disastrous presidency, chanting “F*** Joe Biden” is turning into a national pastime.” The publication went on to say that a Twitter account for Old Row Sports Twitter account extensively documented the appearances of both versions of the chant, from Ole Miss to Jerry-Fallwell-founded Liberty University, the nation was united in a hope that someone can find a way to protect the country from its leadership.

It might not seem like it would be that easy to find like-minded conservatives, but the chant of “let’s go Brandon” has reminded fellow Americans of what’s important. Just this act of defiance has demonstrated the sheer magnitude of what liberals want you to forget: most of us agree, the president is failing, and may indicate that more than we previously believed, think he isn’t a legitimate president at all.