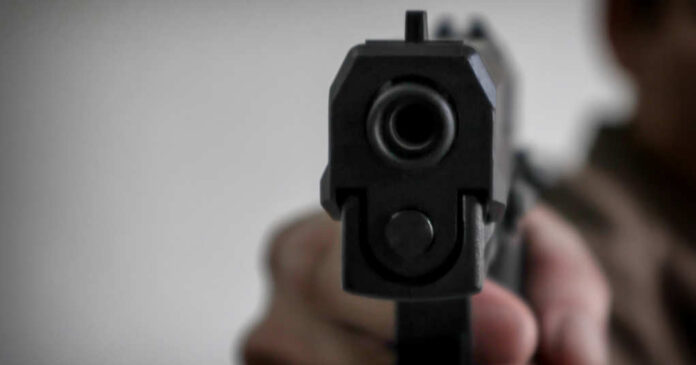 Wednesday saw the return of one of the worst things we seem to see every year, a school shooting. This time it was different though. This wasn’t someone who walked in and randomly opened fire. He didn’t use a semi-automatic rifle (NOT assault weapons). He didn’t pull a fire alarm to draw out targets in a soft environment.

No, this young man got assaulted, went back to his backpack, pulled out a handgun, and started shooting. In the process he wounded 4 people; a 15-year-old boy was shot (hospitalized and in critical condition); a 25-year-old teacher was shot (hospitalized in good condition); an unidentified victim was also injured, but how was not immediately available (treated and released from the hospital), and a pregnant teacher twisted her ankle trying to escape (treated and released at the scene). Since then, the police have recovered a .45 pistol they believe is the weapon used in the shootings.

The shooter was Timothy George Simpkins, an 18-year-old senior at Timberview High School. This young man has answered the eternal question; what if the school shooter was black? Well, the answer to that question is “he would be charged with three counts of aggravated assault, receive no charges for the illegal possession of a firearm, and released on $25,000 bond, and given home arrest”.

In the aftermath, reports have come out that he was consistently bullied, assaulted, and robbed due to his high-end clothing and expensive car. Things he received due to being from a well-off family. Additionally, his family has claimed that the school has been aware of these problems with this other student, and they have done nothing about it. They also have done nothing to excuse his actions, but have expressed gratitude that he didn’t commit suicide over it.

These words are very similar to the words offered by the families of most school shooters. There is always an excuse for it, yet surprisingly absent from their statements has been the race card. When these school shootings happen, it is typically a white male behind the trigger. He has been bullied and beaten on, and finally snapped. Then the family comes out and blames music, movies, etc for their actions. This family has done none of that. They acknowledge his actions were wrong. They admit him buying a pistol for protection wasn’t the right move. Then they turn around and get something white shooters don’t get. A chance to escape, get a lawyer, negotiate a surrender, and post bond so they are free again in less than 24 hours.

Now there can be numerous mitigating circumstances for anything that happens with the law. Past incidents, status in the town, or what was put up for the bond. All of these things can influence a decision, but charges like this aren’t as serious as they need to be. The bond is laughable. You can get a higher bond for throwing a brick through a window, or a bar fight turned bad. On the surface here this looks to be a local DA giving him a break because he’s black, and that sets yet another bad precedent.