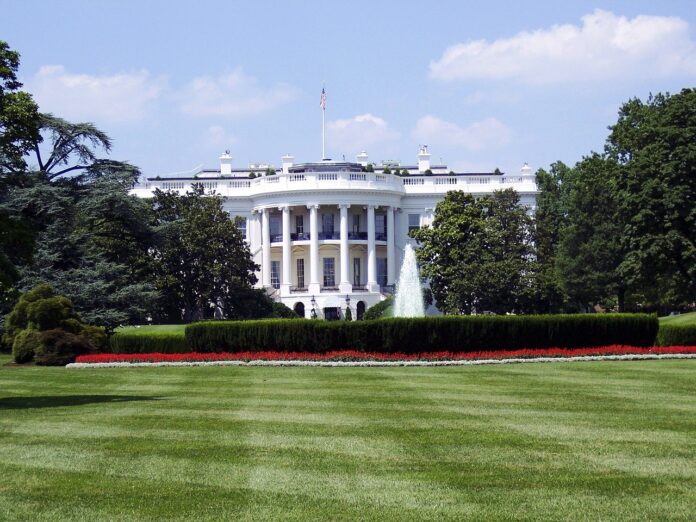 It’s been suggested, if not fully admitted, that Vice President Kamala Harris is the one who is actually running the White House. President Joe Biden is relegated to the sidelines. It’s something we all guessed would happen from, oh, just about since Biden began his presidential campaign. He’s simply too old and feeble to take the reins of the United States in hand and make much of any progress.

Of course, if the political left were to hear of this, they would likely claim it all as another conservative-led conspiracy theory. But conspiracy theory or not, the White House isn’t doing much to contradict the idea.

I mean, just look at the way they handle the president-in-name-only.

Biden is basically kept locked up in the White House halls without access to media, reporters, cameras, or microphones.

They have literally cut him off mid-sentence, announcing the end of questioning by the press. He wasn’t allowed to have a solo press conference until a full two months after his inauguration. And when he did hold such an event, it was so scripted it was ridiculous.

He is constantly surrounded by aides and staff members to literally pull him away from reporters or physically shoo the press away. And on the off chance that they fail at that mission, Biden’s speech is so incoherent his staff has to make excuses for him or alter the script of his supposed message.

Biden, who has had years of foreign and domestic political experience, has given nearly all foreign diplomacy issues to his VP, and most recently, the administration’s most significant problem to date, the immigration/border crisis, has been put on her plate as well.

If you were trying to prove that Biden was, in fact, in charge, wouldn’t you want to hide this information from the public?

Instead, his staff seems determined to let all the world know.

And that’s not even the worst of it.

As you well know, Biden has seemingly made some verbal gaffes at various times during both his campaign and his presidency in which he refers to Kamala Harris as the president. In addition, he has also flip-flopped the usual order of names when talking about the administration, putting Harris’ before his own and calling it the “Harris-Biden” admin.

We could quite easily chalk this up to just another example of Biden’s undeniable dementia setting in. However, what if it’s not a mistake? What if this is how the staff is really operating, and Biden’s use of these phrases is a way to slowly get the American people to accept Harris as the absolute ruler?

It might not seem so far-fetched after you look at recent changes made to the White House’s official website.

However, the current site does not simply say the Biden administration. Instead, it also lists Harris, referring to the current leadership team as the “Biden-Harris White House.”

And the White House’s official Twitter page has recently been changed to reflect the same name.

Even Harris herself, who isn’t likely in the throes of dementia as Biden is, has referred to the staff at the White House as the “Harris administration, together with Joe Biden as the president of the United States.”

And last week, an email sent by the Biden communications team was leaked to the press that urged officials from here on out to “reference the current administration as the ‘Biden-Harris Administration’ in official public communications.”

All this only furthers the idea that Biden isn’t really in charge, that he’s not making the real decisions and is instead sitting on the sidelines and allowing Harris to run the show and the country.

And the scary part is that the White House isn’t even trying to hide it anymore.

Well, what better way to get you used to the idea that the nation is supposedly in safe hands when they announce that Biden is no longer capable of doing his job? I mean, this was the plan all along, right? We are simply seeing it being played out.