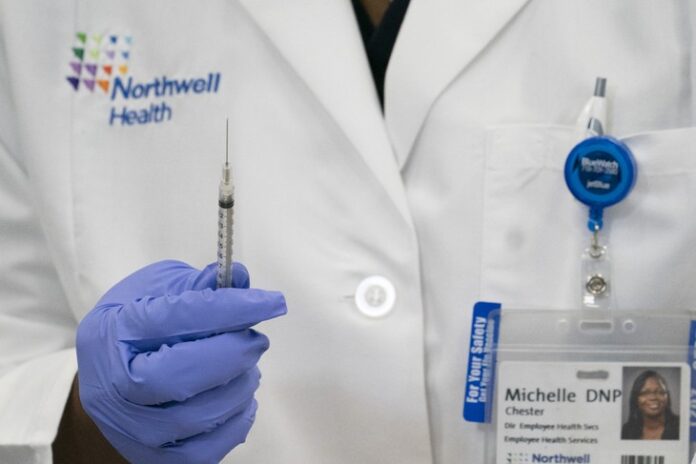 The vaccine passport has been somewhat of a threat for a while now. It would allow for a high level of tracking. Many people see it as a way for the government to track us – and that’s why there are so many people saying that they have no desire to get vaccinated.

Oh, but that’s not actually going to happen in the U.S.

China was one of the first to develop a vaccine passport. And, they went against the recommendations of the W.H.O. when it was developed.

W.H.O. has been vocal about not creating a vaccine passport at this time for a few reasons. It limits the ability to travel and the vaccines are not widespread enough, limiting the number of people who may need to travel but cannot be vaccinated.

Well, the Biden White House has announced that they are developing a vaccine passport.

New York already has one underway, which means that it’s going to drastically change the way in which people travel around the U.S. and internationally.

Dr. Fauci had once told people that with our freedoms as Americans, there were certain things that could never be done. Passports were one of those. Yet, here we are.

Here’s the terrifying part of the passport. Americans have to “prove” that they’ve been vaccinated to be “allowed” to travel.

NEW: How the Biden administration is working to land “vaccine passports” — with the White House stepping in to coordinate HHS-led effort — as president pushes for more normalcy this summer. https://t.co/edsSfkTIby with @bylenasun @isaacstanbecker

So much for American freedoms.

The idea was that we were supposed to be vaccinated in order to return to normal.

There’s nothing normal about having to prove that we’ve been vaccinated just so that the government can decide whether we’re able to travel or not.

Suddenly, the government will have more eyes on us than ever before. They’ll be able to track us based on our vaccine passport.

And if we choose not to get vaccinated, we get no passport. We’ll be forced to become hermits in our hometowns.

Without a vaccine passport, we could be refused access to planes, cruise ships, public events, and even businesses.

Forgot my vaccination passport on my way to the ration distribution center pic.twitter.com/K359kn7zaF

The Washington Post has cited multiple officials that have said that they’re working with various government agencies to develop the vaccine passport.

China already has one of these. They have woven it into their social monitoring system. They have eyes and ears everywhere to rate its citizens on a points system. If the points are too low, citizens can’t travel, buy bus fares, or do anything else.

While we’ve been shocked at how China could do such a thing, the U.S. isn’t far behind. The liberals have decided that they want full control of America.

The passports are still in the works and an anticipated date is not yet available. They’re expected to be free and will work through a smartphone app. Those without such an app can use a printout.

New York has already decided that they want to take away American freedoms. The “Excelsior Pass” works as a QR code that will be used for entering businesses and events. To get the pass, a person will have to prove either vaccination or a negative COVID test.

Oh, and here’s the best part.

Although W.H.O. was originally against such a passport, China has swayed them to allow and promote it. China has even offered to help with the overall design and technology.

So, the U.S. is working with W.H.O. to develop these vaccine passports. It’s likely that the CDC will let everyone’s information fall into the hands of W.H.O – and that means that China will get their hands on it all, just like they’ve been pushing for since the very beginning.

The American government is so naïve at this point that they believe that this will be a motivator for people to get vaccinated.

Hey, if you haven’t been vaccinated, go ahead and do so. The American government can’t wait to tag and track you using Chinese technology.