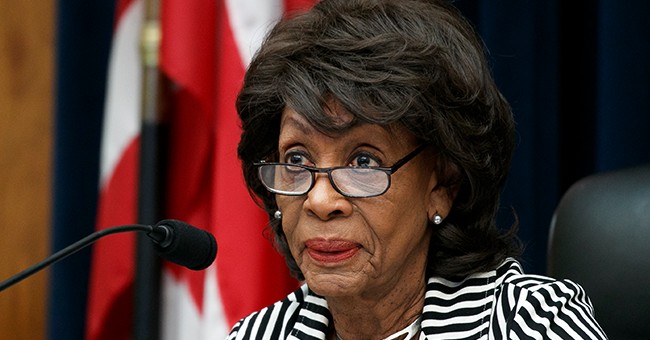 People on social media were surprised and puzzled by a post from Rep. Maxine Waters (Delusional-CA) on Twitter yesterday.

“I have been hacked and my Twitter account has been erased,” the post read. “I know who has done this. I will take care of this. M Waters.”

Of course, now the reason people were puzzled was because Waters was claiming to be posting from the account which had very obviously not been erased and was still there, with all her prior posts. How could that be, how can you be tweeting from a hacked and erased account?

She has a campaign account but that hasn’t tweeted since June, so it seems unlikely that’s to what she was referring.

Waters’ claim prompted a lot of mocking on Twitter.

But in case anyone doubted that the claim was just nuts, Twitter subsequently weighed in and basically called her a liar.

A Twitter spokesperson declined to comment on the specifics of the tweet but said in a statement that “as is standard, we have open lines of communication with her office and have worked with them to ensure the account is secure” and that “at this time, we’ve identified no signs of account compromise.”

So are they going to label the tweet misleading when it’s so clearly not true? Apparently not, tags like that only seem to get attached to folks who differ from the politics of Twitter. Who is Waters apparently targeting? “I know who has done this. I will take care of this.” Apparently no one has “done this.”

When people usually tweet about being “hacked,” it’s usually after their account has said something untoward. So is she trying to defend some prior tweet, doing a Joy Reid? It’s unclear.

Waters did not respond to inquiries for comment about what she saying.

Just a reminder that Waters is not just the delusional 83 year old representative from California, she’s also the chair of the very important House Financial Services Committee. This isn’t the first comment that she’s made that’s stirred controversy. Perhaps one of the worst was when she urged people to confront Trump officials wherever they saw them and get in their faces. Then she also urged the BLM to get more “confrontational” with police during a visit to Minnesota – accompanied by police protection on her way there.

While folks were having fun with her over this strange Twitter comment, it’s perhaps more than a little troubling when we have folks in important positions like Joe Biden and Waters apparently making things up out of the wild miasma that’s in their brains. What’s that saying from Ecclesiastes 3:1-8 and The Byrds lyrics? To every thing there is a season, and a time to every purpose under the heaven. It’s long since been time for Auntie Maxine to ride off into the sunset to retirement.