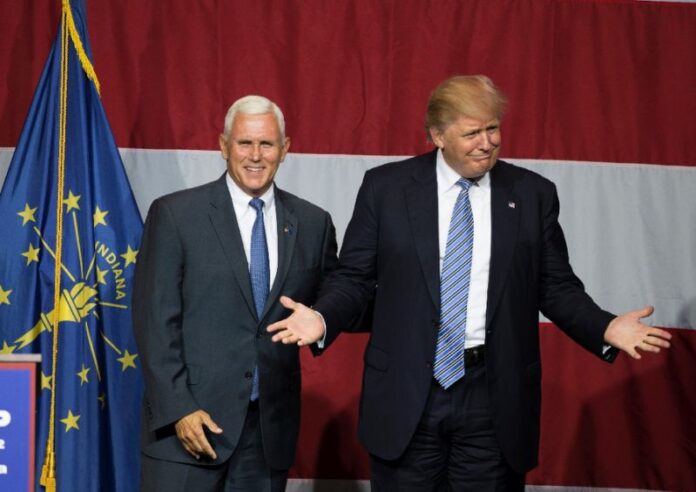 Imagine if you will, Mike Pence challenging Donald Trump for the 2024 Republican presidential nomination. The man who for four years sat in the shadows of his domineering boss is attempting to carve out his own pathway to the Oval Office.

Mike Pence might feel as though he has a chance, but his name didn’t spill forth from Trump’s mouth when asked who he sees as the next big Republican kahuna. Florida’s outspoken Ron DeSantis was the first name to get blurted out, followed by Josh Hawley and Ted Cruz, and not followed by anyone else. Not even his former VP.

But Pence doesn’t care one iota what Trump thinks. Following a brief rest, and fully recovered from almost getting lynched by an angry mob, he’s starting to be seen in public more. The former VP has been setting the stage by signing on with various conservative organizations who support his causes, tossing out op-ends, and talking to crowds.

Taking at least partial credit for Trump’s accomplishments, Pence is launching an advocacy group to make certain everyone is well aware of exactly which ones he had a hand in. But here is where the problem lies. Throughout Pence’s vice-presidential term he lauded himself as being Trump’s biggest and “best-est” supporter, and now Donald Trump won’t even speak his name.

All of Pence’s former work for Trump fell by the wayside when he refused to invalidate the presidential vote count. His unwillingness to do what was asked of him knocked Trump out of office, and as everyone is astutely aware, the Don is not the forgiving type.

Pence will need to defend his actions to Trump’s loyal base which is not going to be an easy task. To do so he must convince them of his steadfast loyalty to the president right up until almost the very end, and then miraculously convince them how Trump had been wrong. Still, some D.C. Republicans are saying Pence is the type of guy who can pull this off, so time will tell.

Remember, prior to being tapped for his VP role, Pence had endorsed Ted Cruz. Republican strategist Alice Stewart said of this, “Anybody who can pull off an endorsement of Ted Cruz and become Donald Trump’s vice presidential nominee should not be counted out. He has a way of splitting hairs and threading the needle that has paid off in the past.”

Should Pence make a go of it, chairman of the conservative Republican Study Committee, Jim Banks of Indiana, thinks he’s got a real shot. “I think 2024’s a long time away and if Mike Pence runs for president he will appeal to the Republican base in a way that will make him a strong contender. If and when Mike Pence steps back up to the plate, I think he will have strong appeal among Republicans nationwide.”

Pence’s aides won’t discuss the matter. Mums the word. When asked if Pence will run they all recite the identical programmed answer. “He is focused on his family and next year’s midterm elections.” No elaborations have been provided.

For all intents and purposes, even though Pence won’t publically confirm it just yet, he has sights set on the 2024 presidency. The nice thing is that we won’t have to pay to watch him and Trump go at one another. This championship bout will be free. Does Mike Pence stand a fighting chance?