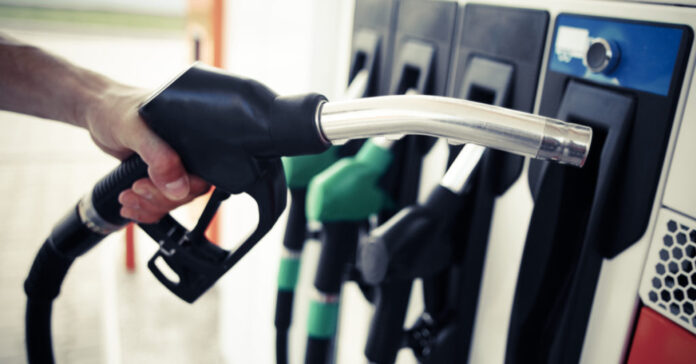 The country is hurting due to record-high gas prices, but the Biden Administration does not seem to have any plans to address the dire situation. All Biden can seem to talk about is the green plan of renewable energy options as an alternative.

Ian Haworth, from The Daily Wire, recently reported that the Organization of the Petroleum Exporting Countries (OPEC) is slowly increasing its output in the midst of huge consumer demand. This is causing the highest global oil prices in several years.

White House Deputy Press Secretary Karine Jean-Pierre was asked on Thursday by a reporter about the administration’s plan to keep rising prices on oil and natural gas in line. She responded, “The reality is we continue to monitor global energy market supply, and we’ll work with our agency partners to determine if and when actions are needed.”

She also noted that the administration will continue to look for ways to relieve the burden on American families, but that they have no announcement at this time. This was followed by the Deputy Press Secretary touting that high prices underscore the continuing need to diversify the country’s energy and fuel sources.

Jean-Pierre added, “We can’t take our eye off the ball, as you can imagine, so we must invest and deploy in clean energy solutions at home and around the world to strengthen both energy security and mitigate economic volatility.”

Helma Croft, the head of commodity strategy at RBC Capital Markets, said that there was a growing concern in the White House about a dangerous run-up in gas prices that could derail the global recovery. Although the Biden administration has said, “all tools in the toolbox” are under consideration to combat high energy prices. Unfortunately, industry sources say that toolbox is quite limited right now. And some options that may be under consideration could actually make the situation worse.

The Biden administration, along with Democratic leaders in Congress, keep talking about a move toward renewable energy so that we can prevent the effects of climate change.

In fact, the pending $3.5 trillion reconciliation package from the Democrats would create a “Civilian Climate Corps.” This is a $70 billion program crafted by Rep. Alexandria Ocasio-Cortez (D-NY) that would hire a “diverse and equitable” group of 1.5 million young Americans to finish federally-funded projects that help communities respond to climate change and continue to move toward a clean economy.

Sen. Bernie Sanders (I-VT) made a case for this reconciliation bill in the Wall Street Journal. He described the shifting away from our present energy system dependent on fossil fuels toward sustainable energy to combat the existential threat of climate change. He believes that this new effort will include a nationwide clean-energy standard that will transform our transportation system, electrical generation, buildings, and agriculture toward clean energy.

Sanders touted this Civilian Climate Corps, saying they would hire hundreds of thousands of young people to protect our natural resources and fight against climate change.

Here’s what we know from past experience: a sustained spike in energy prices would only exacerbate inflationary pressures.

Consumer prices climbed this summer at the fastest annual pace since 2008. The risk is that high prices at the pump will boost inflation expectations among consumers…this is a situation that can become self-fulfilling.

The problem we have is that the needed energy diplomacy with OPEC might interfere with another priority of the present administration: climate diplomacy.

We are left with a country feeling pain at the pump and a White House that has little to say about it or the tools to fix it.