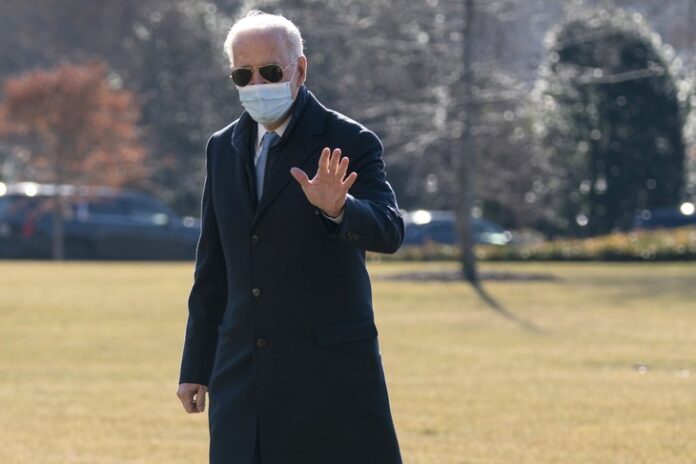 Donald Trump has threatened a visit to the border since wrong Biden is not taking the situation seriously. The leaked pictures coming from the southern border are nearing humanitarian levels. The CBP and ICE members have come out and begged Trump to show up and expose the horrors that Biden has created at the border.

Biden has made it his mission to ignore the terrible things he is doing to people worldwide. The people at the border do not deserve the kind of treatment they are receiving from the Democratic Party. Things were working great until Biden had a power trip and removed all the safeguards put in place by Donald Trump.

The issues at the border did not start until Biden stepped into office. He arrogantly thought that he could do a better job than Trump, so he set out to strip away all the policies. It is evident that Biden reacts before he ever thinks through the ramifications of his choices.

The illegal aliens took this as a personal invite from him for them to start moving northward towards the border. But now that he sees the danger of the mess he has made, he wants to look the other way and play make-believe that the problem does not exist.

Joe the blowoff Biden is living up to his name by rejecting requests for him to travel to the southern border. He does not want to come face to face with the terrible ramifications of the trouble that he has caused. People are suffering from detainment and significant health issues. There are not enough border patrols on hand to handle the load of people at the border.

The Democrats are secretly hoping that the border issue blows up just enough so they can push through a terrible immigration bill full of more socialist regulations. They are quietly creating problems so they can continue to hide their dangerous agenda.

Biden on a potential Trump visit to the border: “I don’t care what the other guy does.” pic.twitter.com/2V0b2mgmDX

Biden downplays the notion that the border is going to explode. He hides in his basement and acts like everything will go away the longer he avoids the subject. The truth is that things are going to get worse unless someone steps in and solves the problem.

Biden lies when he states, “We are putting a plan in place that I feel very confident about. And I don’t care what the other guy does.” His arrogance will be his undoing. He thinks that he has all the answers and does not need to seek help from people that do not agree with him politically.

SCOOP: The Biden administration projects the number of unaccompanied children crossing the border could spiral from over 16,000 this month to as many as 26,000 in September, per documents leaked to Axios. https://t.co/X2PdoBJiiR pic.twitter.com/XFdAlCtufF

Until this month, the record was 11,475 in May 2019. The minimum projections for each of the next six months are thousands higher than that. https://t.co/X2PdoBJiiR

Democrats want the kids to flood across the border because they are the minds that they can program and fill with their poisonous ideology. They see these kids as the future of the Democratic Party. If they can indoctrinate enough of the kids and grant them citizenship status, they would like the voters they need to control politics in the future.

Biden refuses to let the media into the detention centers so the world cannot see the crimes he is committing. His administration is looking for beds to put kids. They have no intention of helping these kids find their families or rescuing them from the human smugglers. All they see is an opportunity to exploit humans for selfish gain.

The Democrats have the protection of their media buddies. If Donald Trump had refused to let the media see the border, he would have been crucified by the insanity of news reporters. They would have accused him of crimes against humanity and brought him to trial.

Donald Trump is the only one that can call attention to the crimes that team Biden is engaging in. Biden is fearful of Trump, and for a good reason. Trump commands 75 million supporters that are willing to vote for any person that he would support.