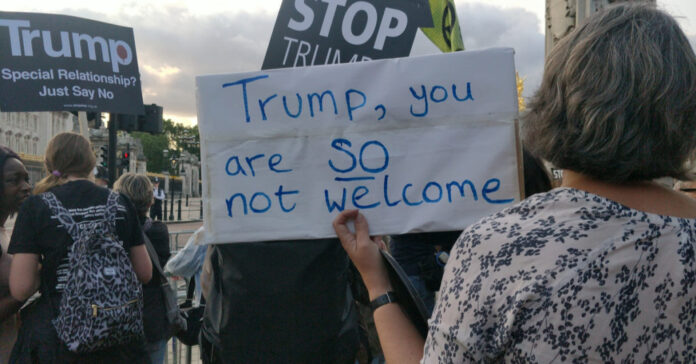 Despite his removal from office, the obsession with vengeance against the former president continues. And for former President Donald Trump, it’s likely not going to let up anytime soon.

Most recently, there is a judge willing to compel the former president’s involvement in a lawsuit, the subject matter of which predated his time in the White House.

It’s no secret that the former president was hardly a hermit before he began his run for office. The Trump name became so iconic that it was hard to tell it apart from the glitz and glamour of New York City life. Trump himself became so popular that he made appearances on numerous television shows and movies (how could we forget his cameo in Home Alone 2) and was on the list for the most glamorous affairs around the city, and most of the world.

Being a billionaire was good to Trump, and he had, as far as anyone could tell, everything he wanted in life. But his popularity began to take a dive as soon as he got into public service. Forget that he did so without pay, or that the economy was the best it’s been in decades, or that the American people were rallied together in a way they haven’t been since the Cold War. Trump irritated the liberals and wouldn’t play ball, so he had to go.

But payback was coming for him, and it came in the form of a long past endeavor known as “The Apprentice” and a lawsuit brought before a New York State Judge on Monday. That judge gave the former president until Dec. 23 to withstand questioning in a defamation lawsuit by a former contestant after Trump denied her sexual assault accusations.

So, to recap, somebody said that Trump assaulted them. Trump denied it, said it was crazy, etc., etc. That person got mad about what Trump said and is suing him for defamation. After that person made a claim, Trump defended himself, and they’re mad that he defended himself.

Moving on … it was Justice Jennifer Schecter of the New York state court in Manhattan who said that the former president needed to cooperate with the deposition after Trump’s lawyer announced that he planned to countersue his accuser, Summer Zervos, with a claim of hate speech.

“He just cannot delay this case any longer,” Zervos’ lawyer Moira Penza said at the conference.

The plaintiff began her claims in Jan of 2017, around the same time Trump was sworn into office, and it is only being resolved now because the then-president pointed out that a sitting president can’t be sued while in the White House.

That defense became untenable to the courts once Joe Biden was installed into office, and now that Trump is a private citizen again, the New York Courts are ready to see the icon back in their hallowed halls.

According to Reuters, Trump’s new lawyer, Alina Habba, said in a statement that the trial court “made its position clear today – Ms. Zervos must comply with the court’s directive and produce all relevant and outstanding discovery. In the meantime, we will be vigorously defending the President against this frivolous lawsuit.”

The claim is not a new one for Trump or any other person with copious amounts of money. The justice system must simply attempt to do right by all of its participants. However, it’s unclear how many times it must be allowed just so that a person of means is drug through the courts, especially if it becomes obvious that the accusers are looking for a payday and nothing more.