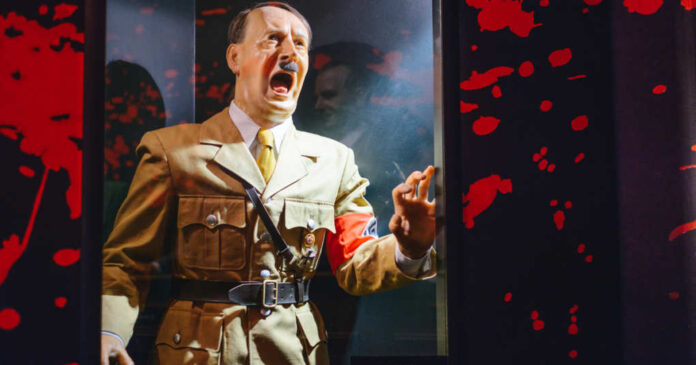 Break out your heavy coats, hats, and wide ties; 1933 is here again in Germany! Groups of people have designed pins for German citizens to wear proclaiming the vaccinated status for all to see. While these pieces of flair may have a good intention behind them, the execution is nothing less than abysmal.

These badges come in an eerily familiar yellow, with “I have been vaccinated” around a fire truck red syringe. As these badges are being pushed as a sign of togetherness, one cannot help but draw the parallels to the yellow stars the Nazis forced upon the Jews under the Third Reich. What was once considered one of the most oppressive symbols in history is now being used again to shame people into submission. Much like it was when it was first introduced.

Given the current political climate in America, Australia, and most of Europe, this is an incredibly irresponsible idea. HIPPA laws dictate that your medical information is not anyone else’s business besides you and your doctor. If you choose to share information, that is your choice. It should not be mandated or even suggested as a good idea. These badges of vaccination set a dangerous precedent that Germany (or any other country for that matter) may find themselves unable to take back later.

Given the history Germany has had to cast out people they don’t like, the idea of asking people to show their vaccinated (or unvaccinated) status with these badges is nothing less than dangerous. It also allows hare-brained politicians like President Biden to see this and say “Ooohhhh pretty buttons. Get them now!!!” Which of course is a situation most in America don’t want, however, the liberals will simply ask what we are afraid of, and how a pin or badge could hurt us; thus, completely forgetting the atrocities of WWII.

These badges can also lead to public shaming, intimidation, harassment, and exclusion for those who refuse to take this hodgepodge of a vaccine that they somehow found in record time. We cannot find an answer for HIV, cancer, or diabetes, in decades…but we found an answer to a random virus that originated in China in under a year. In turn, people question the science (as is their right) and want to know what is in the vaccine and how safe it is. Yes, they gave emergency authorization. As anyone in the military can tell you, that emergency blessing is a joke. It means somebody with no true grasp on the situation made a guess on how many trials we needed, then hand-picked the successful trials, and said “looks good to me!!” Doesn’t sound very well checked, does it?

As the insane ideas, treatments, preventative measures, and guidelines change daily, these pins just beg for more problems to come. If America has any sense of decency, they will shed this idea quickly, and not allow this kind of documentation and tracking to occur inside our borders. Even better they will attempt to get Germany to back down on this idea and prevent other countries from giving this a go. If history has taught us anything, it’s that it repeats itself. This is a page straight out of Nazi Germany ala 1933. While many of us want to Make America Great Again, is that a time frame we want to go back to?