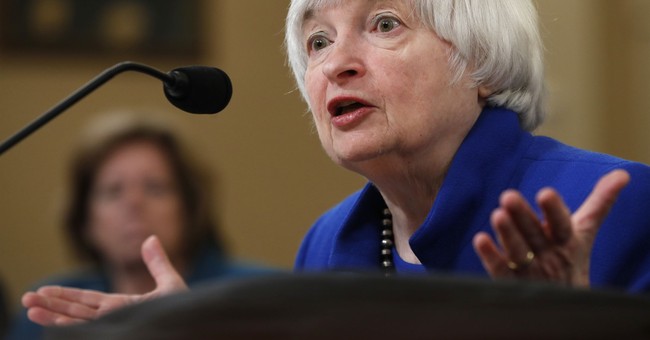 If the Biden Administration were in a back room somewhere, thinking about the things they could do to destroy the economy, they probably wouldn’t be doing much different than the things they have been pushing.

They either have very little understanding of economics. Or they deliberately want to hurt the country. Take your pick.

Now, they are trumpeting another thing that will do grievous harm to the American economy — the global minimum tax.

We wrote previously how Biden’s Treasury Secretary Janet Yellen had been championing this idea.

Yellen said that the Biden administration wants to end a global “race-to-the-bottom” on corporate tax rates by working with other countries in the G20 on an agreement for a global minimum tax rate. She said that this effort is important in order to ensure that countries can raise the revenue they need to provide needed public services.

“Competitiveness is about more than how U.S.-headquartered companies fare against other companies in global merger and acquisition bids,” Yellen said. “It is about making sure that governments have stable tax systems that raise sufficient revenue to invest in essential public goods and respond to crises, and that all citizens fairly share the burden of financing government.”

On Friday, the Organization for Economic Cooperation and Development (OECD) announced that 136 countries including the United States had agreed to a global minimum corporate tax rate of 15%.

Janet Yellen appeared today on ABC’s “This Week” with George Stephanopoulos and said she was confident that they could get this past Congress and were going to include it in the Build Back Better (BBB) bill, adding one more reason that we have to defeat the bill.

As the Wall Street Journal editorial board observes in a new op-ed, prior to Biden, there had basically been bipartisan agreement that this was a bad move for American businesses. The board notes that the purpose behind this is to be able to let loose the taxing ability here and nail the corporations.

The problem with that? It isn’t just the corporations that will bear the weight of the increased taxes — it’s the American people to whom the companies will then pass the increases on to in greater costs.

How ignorant is the White House on this? They either don’t even understand this or they’re simply lying to us when White House Press Secretary Jen Psaki says she doesn’t see this happening because the American people wouldn’t let it happen. This is just stunningly ignorant.

Has she been alive through prior tax hikes? They’re passed on to the people in higher prices or lower wages. So much for the claim that the Build Back Better bill wouldn’t have tax increases on ordinary Americans.

Then increasing taxes has the opposite effect — tax cuts pump up the economy and revenue; tax increases slow the economy, which other Biden policies have already put in the dumper.

Yellen actually betrays another big reason that she and Biden are behind it, “This is really something we need to make globalization work.” Talk about saying the quiet part out loud. There it is right there. Once again, it’s an effort to turn over our independence to the control of international entities. If a tax cut would benefit our economy, too bad — it wouldn’t be allowed. It would put within this global body a hold over our ability to operate freely.

Not to mention that not everyone will join. Which means, immediately, that the concept fails as the people who stay out will become the tax havens to which the corporations might ultimately run. There will always be work arounds for the elite.

Yellen also said that she was in favor of completely eliminating the debt ceiling. So, we can not only have more taxes, but we can spend ourselves completely into oblivion without any limit.

There’s a “race to the bottom,” but it doesn’t have to do with what Yellen is talking about — it’s a race by the Biden team to drive our economy to the bottom and put things into global hands.