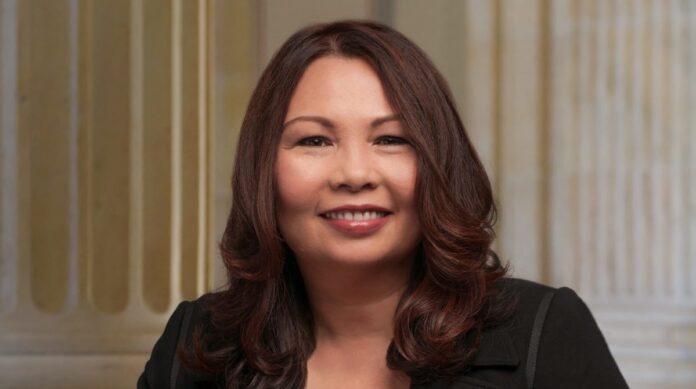 Sen. Tammy Duckworth (D-IL) is being called out for her Tuesday comments about the White House nominees being sent by President Job Biden. The senator said that she believed the nominees were racist and bigoted, according to The Daily Wire.

“I am a no vote on the floor, on all non-diversity nominees,” Duckworth said. “You know, I will vote for racial minorities and I will vote for LGBTQ. But anybody else I’m not voting for.”

“To be told that, ‘Well, you have Kamala Harris, we’re very proud of her, you don’t need anybody else’ is insulting… last night, that was the trigger for me,” Duckworth said. “But multiple times I’ve heard that. And that’s not something you would say to the black caucus, ‘Well, you have Kamala, we’re not going to put any more African-Americans in the cabinet because you have Kamala.’”

The senator was immediately called out by multiple publications for her racist comments, including The New York Post who reported that “Duckworth said she made her decision after White House deputy chief of staff Jennifer O’Malley Dillon made an ‘incredibly insulting’ remark Monday evening after Biden spoke on a webcast with Senate Democrats.”

“Dillon, Biden’s 2020 campaign manager, allegedly suggested to Duckworth that Asian-Americans should be content with Vice President Kamala Harris’ role. Harris is biracial; her mother was born in India and her father is black and from Jamaica.”

Duckworth’s comments made more than a little stir among activists and her fellow lawmakers and alike.

Patrice Lee Onwuka, director of Independent Women’s Forum, responded to Duckworth’s remarks by writing: “This is disgusting. I am a black woman and I don’t believe that senators should approve or deny cabinet nominees based on their skin color. That is not progress but racism.”

“When you’re a Democrat, you’re encouraged to tokenize people and shout your racism and bigotry.”

“Duckworth is a vile disgusting bigot, a disgrace to the country, and a blathering moron on top of it. But at least she’s honest about it,” Daily Wire podcast host Matt Walsh wrote. “She should be removed from the senate for her professed racism. Also because she’s an incompetent goon.”

And Ben Shapiro, Daily Wire Editor Editor in Chief and radio host, responded to Duckworth’s remarks by tweeting: “This is called racism.”

Rep. Dan Crenshaw (R-TX) also weighed in according to the Daily Wire, saying “Remember when ‘I won’t support someone because of their skin color’ used to be racist?”

Sen. Tom Cotton called out Duckworth’s remarks by saying: “It’s disappointing but not surprising that the Democrats’ obsession with identity politics has come to this: U.S. Senators openly acknowledge voting for or against nominees based solely on their race.”

“Imagine the scandal—and rightly so!—if a Republican senator announced he would only vote for nominees of certain races,” Cotton said. “We’ve gone pretty far down the road from judging people by the content of their character and not the color of their skin.”

Former CIA officer Bryan Dean Wright, who only recently departed the Democratic Party in February, commented on Duckworth’s remarks: “Sen. Duckworth is a whisker away from demanding the whites drink at a separate fountain.”

The irony of segregation, discrimination, and other forms of racism isn’t lost on anyone who is paying attention. While some make the argument that this is what White people have coming to them, it is in essence the theory that two wrongs can make a right.

In other words, people of color are saying that they need to push White people down, because of historical wrongs that were done to people of color. And if that doesn’t hold water, they make the argument that they’re still being treated unfairly.

The definition of fair seems to consistently move, and the punishment for unfair is constantly increasing. However, as long as there is no foundation, no moral base for truth, we will constantly be drug around by our noses by whoever cries out the loudest. And when was the last time you were in a room where the loudest person was the smartest?